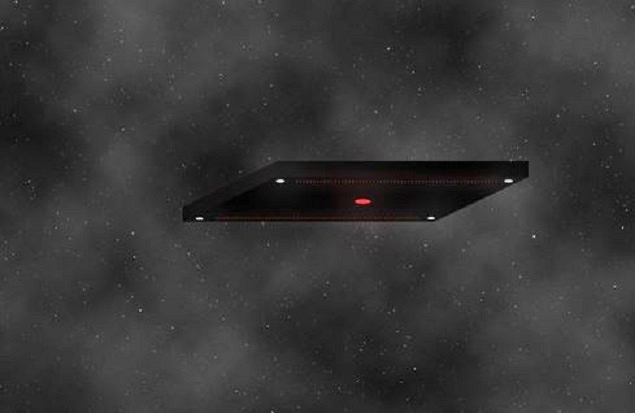 My friend and I were sitting on her deck drinking coffee. She said, “Look!” I looked up in time to see a rectangular shaped object with lights circling around it, changing colors. We kept saying, “What is that?” It briefly went totally dark and then reappeared moving toward her property. Her house is situated at an elevation of 1,053 feet above sea level according to my phone. There is a VERY STEEP drop off at the edge of her lawn which is heavily wooded all the way down the mountain. These objects were high above the trees which are very tall. As the large object moved closer and closer to us a small semi-circular shaped object was see below the larger object. I grabbed my cell phone and began taking photos of what we were seeing. It came close enough to her lawn to reflect light onto the grass. Then the semi-circular shaped object straightened itself out and flew at a speed I’ve never seen anything move with out of our sight behind trees. It did not return that we saw. The large object began getting very bright with almost fiery looking lights shooting out of the ring where the multi-colored lights were first observed. We watched it for what seemed like a short period of time but we later realized we had been out there watching for about an hour and a half. I have no direct memory of the object leaving or blinking out but it was just gone.

I began to take photos all around in hopes of finding where it went. That’s when I got the very poor photo of what seems to be two little creatures. Also, strangely enough another glowing light appeared deep down in the woods. It would brighten when we talked to it and dim and then brighten again on request. My camera never recorded a photo of this object although I snapped them repeatedly. My friend said once during watching the object she was going to get a flashlight and go out there and look more closely. I strongly encouraged her not to do that. I felt that we were fine on the deck where we were but didn’t need to be out there any closer. We were unnaturally calm afterward and even talked about how we just sauntered back inside the house and went to bed – too calm if you ask me. Odd.  NOTE: The top photo is a rendering but the alien photo is from the witness.

A saucer-shaped object photographed at Wooloowin on Brisbane’s north side should be taken “pretty seriously.”  The truth is out there – and maybe it is hovering over Queensland.  here has been a spike in the number of reported UFO sightings across the state over recent months, according to president of UFO Research Queensland Sheryl Gottschall, with the Gold Coast being a real “hot spot.”  “We’ve had people calling from all over Queensland,” Ms Gottschall said.  “There was a sighting on the Gold Coast on Friday night, Cairns last week and there was another sighting in Childers.  “We get about 100 calls a year and across Australia all up the UFO research groups get up to 800. That’s just the reported sightings – a lot go unreported.”  One photograph reportedly taken over Wooloowin on May 23 shows a silver disc hovering in the sky.   There is also a letter from police dated July 18 in response to a call to investigate “three bright white lights hovering low” over homes in Wooloowin. The police concluded the lights were “presumed to be the result of EKKA lighting tests” but were of “unknown origin.”  Ms Gottschall, who claims to have seen five UFOs and experienced one extraterrestrial “close encounter” in her lifetime, says there has been an ever increasing interest in UFOs and extraterrestrial life, which has resulted in the formation of “skywatch” groups.  On Monday night, Ms Gottschall will attend a skywatch at Kurwongbah, just west of Brisbane, organised by Kristy Buist, founder of the Paranormal Awareness Community.  Ms Buist, a 35-year-old from Redcliffe, saw her first UFO aged 11, when a fleet of three flew over her primary school at Gunnedah, NSW. The flying objects were also seen by a teacher, who happens to be her step-father.  Since then, Ms Buist has experienced three more “definite” sightings.  “I do look for UFOs often. I look for them wherever I go,” she said.  “There’s always ifs and buts, but I’ve had four definite sightings in my lifetime.”  Ms Buist described the fleet of UFOs she first saw as silent and “platinum and sort of shaped like diamonds just casually floating across the sky.”  KEN’S NOTE: The real photos below were taken in 2014.  This is only a couple of the many photos and UFO accounts in Australia.

THANKS TO Anne-Louise Brown, Journalist

NASA has a UFO Sighting Protocol!    IF UFO’S APPEAR…SHUT OFF THE CAMERAS

A new footage recorded by Streetcap1 shows a disk-shaped UFO near the ISS on August 29, 2014.

Not surprisingly, NASA cut the live stream and changed the live feed from Cam 1 to Cam 2. 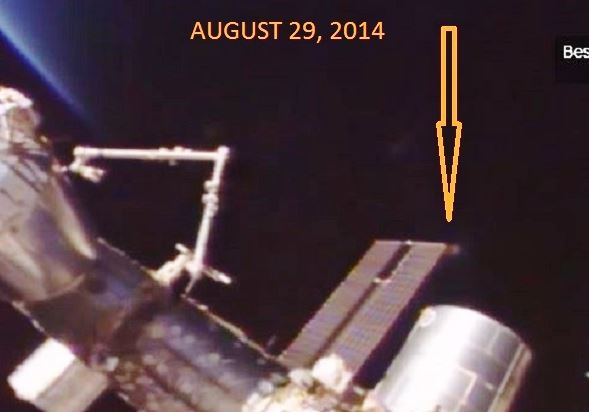 Astronauts working on the International Space Station spot something unexpected, flying objects near or hovering around the space station, the first thing they try to do is to take pictures of what they see, so they have photographic evidence!

Let’s make it clear, NASA has itself allegedly encountered many UFOs through the years, they have thousands of pictures, photographic evidence of the existence of UFOs, but those UFO pictures having never reached the general public.

KEN’S NOTE:  I DO REALISE THAT THERE ARE THOUSANDS OF SATELLITES AND SPACE DEBRIS FROM SOME GOVERMENTS BUT THE SMOKING GUN TO ME IS WHY NASA SHUTS OFF THE CAMERAS OR SHUTS DOWN THE LIVE FEED WHEN A UFO APPEARS.  I WILL TAKE IT TO THE NEXT LEVEL.  WHEN ALIEN CRAFT APPEAR.

NASA SHOOTS THEMSELVES IN THE FOOT EVERY TIME THEY DO SOMETHING LIKE THIS.  MAYBE NASA, IN ITS OWN WAY, IS DISCLOSING THE FACT THAT SOMETHING STRANGE IS GOING ON. 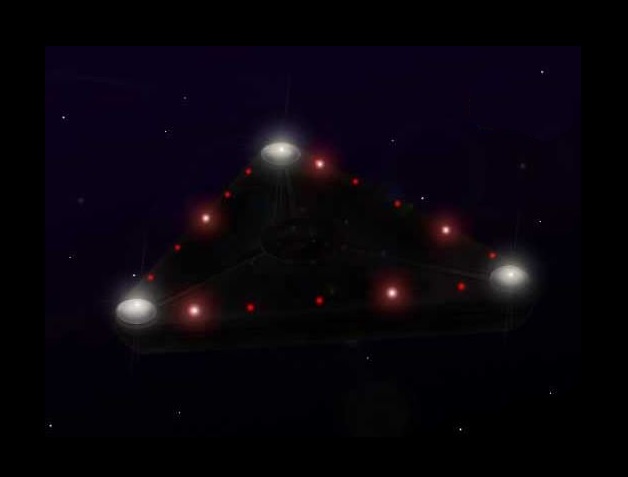 CLOSE ENCOUNTER WITH A UFO TRIANGLE OVER WISCONSIN

When driving on 151 from Madison to Platteville, WI, a triangular UFO was witnessed. I was alone in the car. It was foggy that night with a heavy overcast. Visibility limited to 1/2 mile in the valleys.  When about 5 miles outside of Dodgeville, lights were observed about 1 o’clock in front of the car.  The craft was large. It was very eerie also. There were three lights on the undercarriage of it. No light was seen in the center of the craft. The craft was jet black.  It was a 100 feet or more in subtended length. A point of the triangle faced the car as it approached the craft hovering about 50 feet above the ground, 150 feet off the side of the road.  The craft then rotated and started to follow the car on the side of the highway. The craft stayed with the vehicle for about 10 seconds until a hill got in between the craft and the car.  Of course I started to freak out when this started occurring. I guess it’s notable that this wasn’t the first time I’ve seen a triangular craft, and not the first time witnessing one when driving on the highway.  I guess it’s also notable that all the sightings so far have been equally scary. I started kind of crying, partially in anger, partially in fear, as it started to follow me. It was really scary.  The hair definitely stood up on the back of my neck, and I felt a really hollow fear; I guess trepidation mixed with anger is the best explanation.  When the car passed the other side of the hill about 30 seconds later I had sped up to 100/110 mph, and the craft was not there.  I checked the time, and of course no time was lost. Nothing special about the sighting, but I guess I thought it was worth reporting.  NOTE: The above image is a rendering.