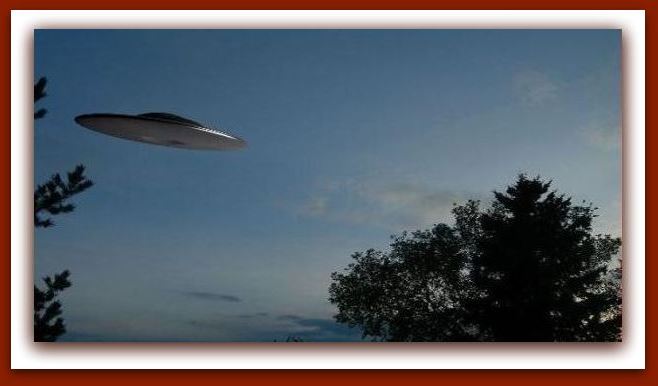 Linda claimed that in the first week of June in 1975, she was visiting her parent’s house when she observed something bizarre. “I was at my mother’s house. My first child was about five months old. My dad, my brother and my husband were all watching something on the TV and it was getting towards her bedtime and she was getting fussy and I wanted to go to my future sister in law. I decided to walk out into the front yard with her and try to keep her quiet. And we were sitting out in our front yard and my sister in law was the first one to notice the light and she said, ‘Look’. And where this was North Omaha and the way the airplanes come into North Omaha is they come around from the north to what is called Eppy airfield. And she said, ‘Look at that airplane Linda, doesn’t that have odd colored landing lights?’ And I looked at it and they were orange. They weren’t white, they were orange. And I said I don’t think planes have orange landing lights. And it got over an area of a cemetery which was a half a mile to a mile from my parents house. And we stood there and it stopped dead. It was round, it was circular. And it stopped dead over the cemetery. It stopped straight over the cemetery, where the cemetery was. It turned different colors. It turned orange to blue, green and then it turned an absolute blood red. And it looked like it settled into the cemetery. Judy and I stood there and watched this horrified. And we went back into the house and we told everybody what we’d seen and my dad said, ‘Let’s go up and drive along the back side of the cemetery. The name of the street is Pate (sounds like Pate?) Street, and he said, ‘We’ll see if we can see anything’. So we drove up there, drove up and down and we didn’t see anything and went home.

The next morning was like a Saturday morning and my husband and I used to go over and have coffee with my parents on Saturday mornings. And we were over there and my dad said, ‘Where did this thing come down now, you say?’ I said. ‘It was the highest point in the cemetery’ and he said, ‘Well, why don’t we drive up there just in case and look around’. And so my mother, my dad, I, my 21 year old brother and my husband and my baby and I and we went up there and we got to where we thought was the highest point in the cemetery and from where we were we could see a straight shot to my parent’s house. Everything was flat up there. It was like there was an intersection, like a cross roads like place. Anyway, we all got out of my father’s car and we had been there for maybe thirty seconds looking around. And there was a fresh grave over to the side and you know how they lay the flowers down onto the grave? All these flowers were blown all over the place. All of a sudden, from nowhere, we had no idea from where, appears this car and it’s an old black car. My dad said it was maybe an old Packard or something like that, or Dodge or something. But it looked like from that point, this one guy, the guy that was the driver, just got out and stood by the car and the other guy starts coming around and comes over said… it seemed so surreal. And the guy asked us, ‘What business do you have here? And my dad said, ‘We were just looking around’. And he said, ‘If you have no further business here, leave immediately!’ They had WW2 clothes on not black suits. They had sunglasses, though. “Since then we have gone up there and that area does not look like it did then,” she told Bell. Apparently somebody ‘cleaned’ up the graveyard.  NOTE: The above image is a rendering.

Offutt Air Force Base  is a U.S. Air Force installation near Omaha, and lies adjacent to Bellevue in Sarpy County, Nebraska. It is the headquarters of the U.S. Strategic Command (USSTRATCOM), the Air Force Weather Agency, and the 55th Wing (55 WG) of the Air Combat Command (ACC), the latter serving as the host unit.  Aviation use at Offutt began in September 1918 during World War I as an Army Air Service balloon field.[3] It was renamed in honor of World War I pilot and Omaha native 1st Lt. Jarvis Offutt in 1924.  Offutt AFB’s legacy includes the construction of the first two bombers to drop atomic bombs and over 40 years as the headquarters for the former Strategic Air Command (SAC) and home for its associated ground and aerial command centers for the U.S. in case of nuclear war during the Cold War.