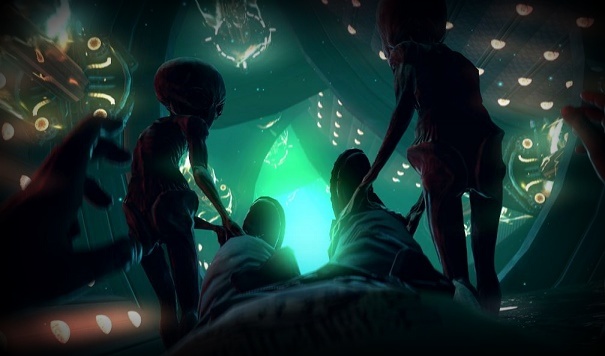 A GROWING number of everyday Territorians including farmers, nurses and psychologists are reporting that they’ve been abducted by aliens, according to the principal of the Australian Close Encounter Research Network.  ACERN principal Mary Rodwell, based in Queensland, said she received between 10-15 reports of alien abduction from the NT every six months on top of hundreds of others from around the globe.  “The sightings and experiences seems to have escalated, they’re certainly on the rise in the Northern Territory,” Ms Rodwell said.  “It’s mostly rural areas (in the NT) but I’ve got a few from Darwin as well.”  According to Ms Rodwell, most abductees are reluctant to tell their stories publicly because they fear being ridiculed.  “They (abductees from the NT) are everyday people; farmers, nurses and even a psychologist from Darwin,” she said.  “That’s mostly not just sightings but people who feel they’ve had some sort of interaction with (extraterrestrial beings).  “I suspect the number (of those abducted) is a lot higher than that because indigenous people have been experiencing this for centuries but very rarely report it.”  Ms Rodwell is a trained counsellor and former nurse who supports and advocates for abductees from around the world.  She said aliens took various forms, according to her clients.

“We’re talking about different types of intelligence,” she said.  “The ones the public know about are the grey beings that have been popularised.  “But there are many different types of humanoids, beings that look like energy or feline beings or chrystalised, tall white or blue beings, a huge range.  “Some children describe some of those beings coming into their room and feeling OK about it, not frightened or scared, but feeling in some way that they’re looked after.  “Only 30 per cent of those who come to me are frightened others feel connected on a profound level.  She said the abductions often took place on the road and left abductees with “missing periods of time.”  “Sometimes (they abductees) find themselves outside with doors locked from inside and no idea how got there … many are left with marks on their bodies that are fluorescent under ultra light, strange bruises and marks.”  Those targeted by aliens usually have family members who have also been abducted, according to Ms Rodwell.  “It’s often intergenerational … you’ll see it right down to children who say ‘mummy, I was taken somewhere last night’,” she said.  “They’ll talk about going through walls and energies on a space craft or some of the beings they see.”  Ms Rodwell said abductees shared similar experiences aboard space crafts hailing from “a whole range of stars systems including Orion, Taurus and even other galaxies as well.”  “The common thread is that there are procedures done and genetic material is taken,” she said.  “And there seems to be an educational component where (the abductees) are shown things on (Earth) that need to change.  “There’s a strong ecological message about not having warfare and of living more holistic lifestyles and treating each other in more loving ways.”  NOTE: The above image is a rendering.

SPECIAL THANKS TO MEGAN PALIN AT http://www.ntnews.com.au