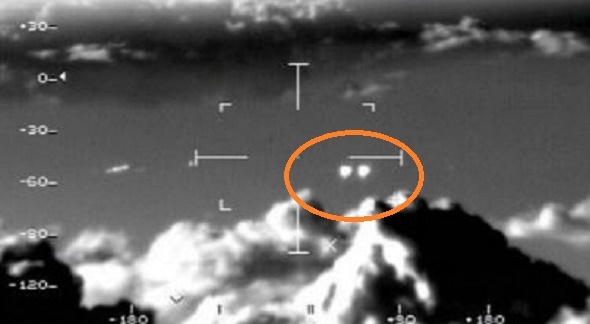 MEXICAN AIR FORCE PILOTS CHASE ALIEN CRAFT OVER MEXICO
MARCH 5, 2004  ………..  CAMPECHE MEXICO
On April 20, 2004 Jaime Maussan was contacted by a high officer of the Department of Defense to have a private meeting and discuss a subject of a high relevant matter. The next day Maussan met General Clemente Vega Garcia, Secretary of Defense and his major staff and was informed about an incident that took place on March 5, 2004 on the aerial space of Ciudad del Carmen, Campeche where an Air Force Merlín C26A Bimotor airplane was doing a routine flight to detect a smuggling drug airplane during an ant-narcotics operation. 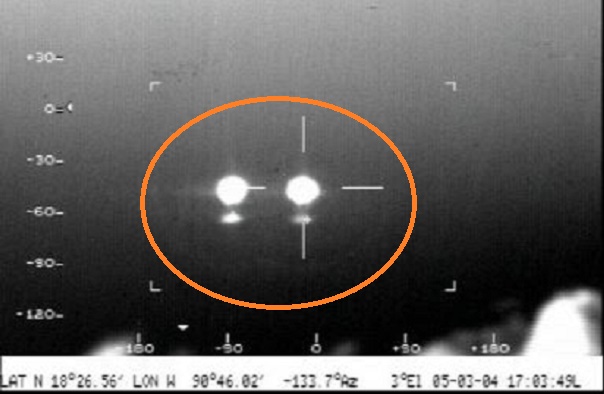 The Merlin C26A was equipped with a high tech advanced digital equipment to register and record all the activities during the operation. Powerful sensor detectors like a FLIR STAR ZAPPHIR II and a RADAR AN/PS 143 BRAVO VICTOR 3 were being used by qualified personal aboard the airplane and all the operation was being recorded both in normal and infrared mode. The airplane was under the command of Mayor Magdaleno Jasso Núñez. 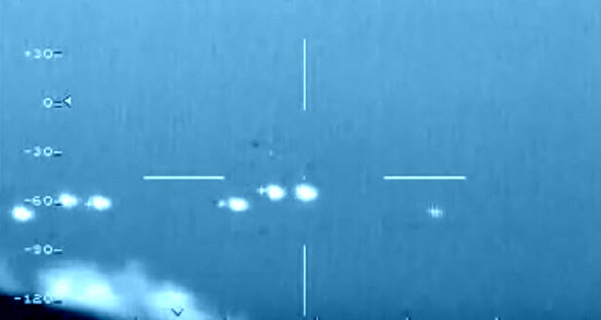 The FLIR operator was Lt. Mario Adrián Vázquez and the RADAR operator Lt. German Ramirez, all of them members of the 501 Aerial Squadron. This airplane is programmed only for surveillance and detection procedures, not for interception or combat manoeuvres. Their duty is to detect and identify drug dealers flights and then immediately report them to the base where combat planes are scrambled to intercept those narcotics smugglers. At approximately 17:00 PM the Merlin C26A detected an unknown traffic at 10,500 feet over Ciudad del Carmen, Campeche airspace and according to the protocol and suspecting a drug dealer airplane Mayor Magdaleno Jasso

At the same time Mayor Jasso reported by radio to the base that a possible suspect was detected requesting the interceptor planes to be in alert condition. The RADAR AN/PS 143 BRAVO VICTOR 3 was detecting the unknown traffic and the FLIR STAR ZAPPHIR II was recording the object in infrared. As the Merlin C26A tried to approach the unknown traffic to make a visual identification it suddenly in a surprising maneuver escaped flying away at tremendous speed.

By this time Mayor Jasso tried to persecute the target but it was very fast. All this was being recorded by the FLAIR and also the radio conversations with the base describing the unexpected maneuver of the unknown. However the C26A still have not made visual contact with the unknown object. Just some moments passed when suddenly the unknown object returned and began following the Merlin C26A in a surprising situation.

This was detected by the RADAR and the FLIR while the personal aboard were trying to make visual contact of the unidentified traffic now following them. In seconds the equipment detected now not only one but two traffics following them. The images in both RADAR and the FLIR were clear and unmistakable. But both pilot and personal still couldn’t have visual contact with these two traffics following them adding a great suspense to this disconcerting situation. Mayor Magdaleno Jasso reported to the base the incident that was taking place giving detail of all the information registered by the equipment while keep trying to make visual contact of the unknowns. The FLIR kept recording in infrared every movement made by the two unknown objects that seemed to be keeping their distance from the C26A but still following it. The personal aboard the Merlin C26A were confused and disconcerted seeing the images on the FLIR and the RADAR asking themselves what was going on
.
KEN PFEIFER WORLD UFO PHOTOS AND NEWS
WWW.WORLDUFOPHOTOSANDNEWS.ORG
WWW.WORLDUFOPHOTOS.ORG
THANKS TO WWW.EDUCATINGHUMANITY.COM
.
.
.