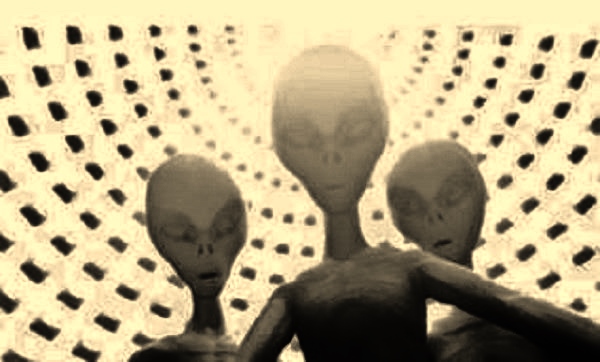 ALIEN ABDUCTION OF THREE TEENAGERS IN NEW JERSEY
.
JULY 3, 1974  ………….  FAIRVIEW NEW JERSEY
.
3 witnesses abducted onto saucer shaped craft with rainbow lights. Three teenage witnesses were playing basketball from 6 to 9 AM Saturday morning. Weather was clear and sunny and they were across the street from a fire station in Fairview, NJ. While walking back to his friends home noticed that the area was empty of cars and people when normally there would be “50 to 100 people in the park.” Noticed rainbow colors out of the corner of his right eye rainbow colors. When he looked he saw a shining silver metallic saucer with round tinted windows. He alerted his two friends who also saw the craft. He heard and felt whirring/roaring and his shirt was flapping as if in “a 50 mile an hour wind” but there was no wind. They were paralyzed and could not run. They arrived back at his friend’s home with no memory of walking there. Witness discussed the incident with two friends (both now deceased) and they had no memory of being on the ship as he did. He recalls seeing them on “operating tables” but he was standing approximately 30 feet away. Ship appeared larger inside than outside, possibly 400 feet across. About 25 creatures, approximately 4 feet tall were present with about 10 to 15 around him and the rest around his friends. The creatures were gray in color with large round heads and large black eyes. The creatures were touching him all over. They were speaking telepathically and were surprised when they realized that he could hear them. His mother had told him that there was psychic ability in their family but he had never really believed it. He asked why they were there. His impression was that they were friendly and curious and meant no harm. He believed that they were trying to help his two friends who both had heart problems and he believes that their lives may have been extended by the aid rendered on the craft. He remembers looking out the window and down onto the basketball court where they had been playing. He could see other beings moving about in long corridors. He remembers seeing the craft ascend after they had been returned. It moved up and to the right, then left, then up and away leaving a rainbow colored trail behind. When he returned to his home his mother said he seemed changed and he replied “it’s no big deal mom.” Before this report he had only confided this story to his two daughters because he did no believe that anyone would believe him.  NOTE: The above image is CGI.
.
This case is under investigation by State Section Director Bob Spearing of MUFON N.J.
.
KEN PFEIFER WORLD UFO PHOTOS AND NEWS
WWW.WORLDUFOPHOTOSANDNEWS.ORG
WWW.WORLDUFOPHOTOS.ORG
THANKS TO WWW.MUFON.COM CASE FILES
.
.

9 thoughts on “ALIEN ABDUCTION OF THREE TEENAGERS IN NEW JERSEY”