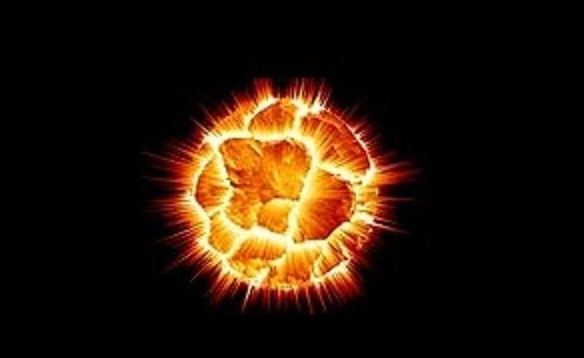 GLOWING BALL CLOSE ENCOUNTER BY FRIENDS IN MISSOURI
.
December 10, 2015    ………….  ST CHARLES MISSOURI
.
Me, my girlfriend and two of my friends went down to the Flatlands in our town.  On the way to the spot we hang out at the driver my friend noticed a bright orb on the left hand side of his car far above a few. It disappeared very quickly and he didn’t say anything about it until later.   We arrived at the spot my other friend jumped out of the car screaming, what is that,  what is that.  He began chasing whatever he saw and later described it as a fireball that just came out Overhill directly next to us.  He described it as a big red flaming ball as close as a hundred feet from us that took off at a very high speed.  With the rest of us not believe in him, we continue to hang out on this road in the middle of the flats, late at night.   As my friends and my girlfriend sat by the car talking, I was in the middle of the street facing down the opposite direction of the street, when in the blink of an eye, a giant white glowing ball appeared right before me directly above the street approximately 50 feet ahead of me and a hundred feet in the air.  The ball appear to be growing in the purely bright white light and just hovered there staring at me. I still have no clue whether to where it was a solid craft or just pure light but as quick as it came, it shot off to my left hand direction leaving a light trail behind it. This object was too close to be mistaken for any helicopter or crop duster let alone a weather balloon. The way it moved and disappeared was as if was magic with its unreal speed and not to mention that it made absolutely no sound what so ever. My friends and I continue to bring up that odd night we experienced together .  For more info on this happening or our  or for a more detailed report and exact locations and eye witnesses please don’t hesitate to make contact.  NOTE: The above image is CGI.
.
KEN PFEIFER WORLD UFO PHOTOS AND NEWS
WWW.WORLDUFOPHOTOSANDNEWS.ORG
WWW.WORLDUFOPHOTOS.ORG
THANKS TO WWW.MUFON.COM CASE FILES
.
.

3 thoughts on “GLOWING BALL CLOSE ENCOUNTER BY FRIENDS IN MISSOURI”