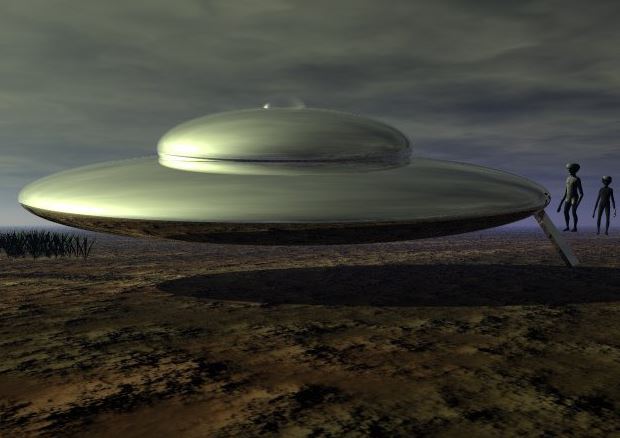 GROUNDED ALIEN CRAFT ENCOUNTER IN MISSOURI
.
APRIL 29, 2003   ………….  AIR FORCE BASE IN MISSOURI
.
I was driving from Dallas to Mankato, MN. Staying off the toll roads and ended up on a road going around the south of Richard-Gebaur AFB. While driving down an incline, I saw a lake that was white capping in front of me due to hurricane in the south. I made a left turn on the road and crossed a small 1 lane bridge and looked to my left and saw a landed cigar shaped craft about 25’ tall and unknown length since it was sitting in a canyon, I could only see three rows of 4 portals. I tried to stop because my video camera was in the back seat. A flock of turkeys were in front of me and 2 hit my windshield, not breaking it, I was going so slow. There were 2 farm houses with gates right up to road and couldn’t turn Around. Got a couple of miles down the road and shrugged it of. It’s been my head every day until now so I went to Google Earth and found it, and it was exactly how I remembered it, book marked it. And went back 2 days later to look at it again and now the lake is gone, the farm houses and it has been totally changed. Living in S.F. I can’t go back there to check it myself but it’s weird Google Earth changed. – MUFON CMS
.

Richards-Gebaur Air Reserve Station is a closed United States Air Force base. It was located 17.7 miles (28.5 km) south of Kansas City, Missouri. It was closed in 1994.

Opened in 1941 as a civil airport, Grandview Airport was used by both the Army Air Forces and the United States Navy during World War II as an overflow training airfield for Sedalia Army Airfield and Naval Air Station Olathe beginning in March 1944. The airport was acquired by the Army Air Forces Continental Air Forces, becoming an entirely military installation in February 1945. It later became a major United States Air Force base during the Cold War.  NOTE: The above image is CGI.