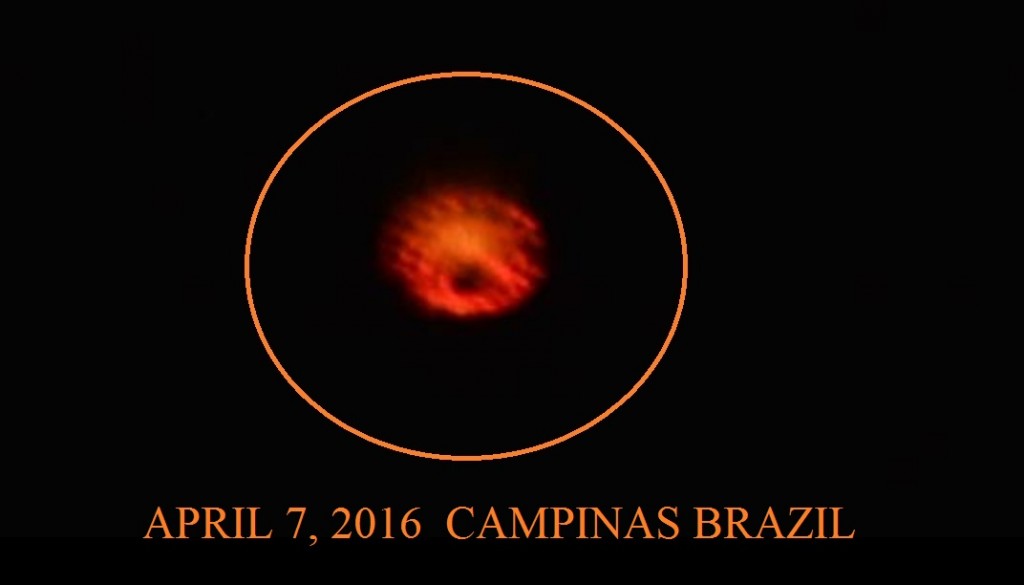 MYSTERIOUS RED BALL OF LIGHT ENCOUNTER IN NEW JERSEY
.
JULY 4, 2013  …………….  MORRISTOWN NEW JERSEY
.
It was 4th of July because I went with my friends to see some firework in a nearby town call Denville. Its was around, I say 10:00pm or later and my friend just dropped me off by my house across the street.  As I shut the door my friend drives off and I live on a busy street so I look both ways and I look a left then right and as I look right, I see something red circle and not like red blinking light on a plane like a solid red circle and I’m thinking to myself maybe a firework but usually after like two seconds the firework would go out so now I’m wtf is this! So instead of crossing the street I stand there watching this red orb coming from the east heading west making no sound at all. I’m thinking to myself what the hell can fly and just be one big red ball but now hear comes the crazy part! The moon was big that night also so as I’m watching it going from east to west the red orb goes in front on the moon then the color red goes away and I can see some sort of craft!  Now I’m kinda nervous because how in the hell does a red orb ball thing that wasn’t blinking flashing making no sound what so ever go in front of the moon and lost the red color! And I can draw this disc craft! And as it keeps going and finally not in front of the moon anymore it turn into a red orb again! Then I kept watching it for as long as I can and this lasted for about 13 to 15 minutes. The red orb wasn’t going crazy up and down it just kept going steady straight across. It was heading down route 46 west towards the town I came from that I watch the fireworks. I didn’t tell anyone and I’ve felt weird after this event. So give it about a month later I couldn’t get this out of my head and I was thinking their has to be someone else out there that saw what I saw! I can’t just be seeing stuff! So I started to Google orbs sighting or UFO sighting over Wharton or Morris County New Jersey and after about a hour looking through websites, I found someone that posted about seeing a solid red orb over Denville New Jersey on same date. I was so happy I found something or someone that saw that same thing!  My story makes sense with the other person story! The red orb was heading towards Denville but now I can’t find that website and I’ve been looking for those people. I want to talk to them and talk about what we saw. Its like I’m in my own world and I don’t want to tell anyone because I don’t want to sound crazy!  NOTE: The above image is real but from another location.
.
This case is under investigation by Chief Investigator Ken Pfeifer of MUFON New Jersey.
.
KEN PFEIFER WORLD UFO PHOTOS AND NEWS
WWW.WORLDUFOPHOTOSANDNEWS.ORG
WWW.WORLDUFOPHOTOS.ORG
THANKS TO MUFON.COM CASE FILES
.
.