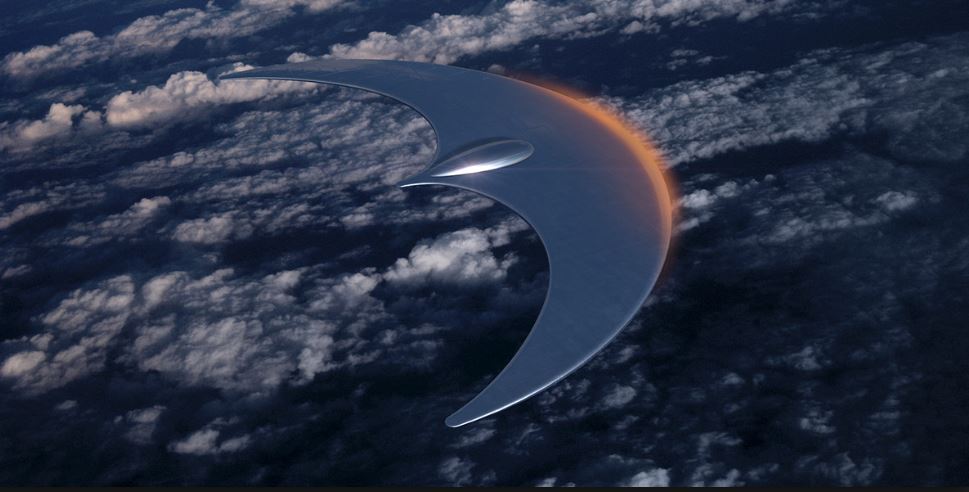 During January 1981, a huge boomerang shaped craft was seen over Arizona, with one witness proclaiming the object “was bigger than several football fields!” The V shaped craft was later reported over New York State and Connecticut in March 1983. Once again the craft was described as being “as big as two football fields” and this time, the craft flashed its lights on and off as though trying to attract attention. The next major event was the Belgian Flap, when huge triangular craft visited this small country during the period 1989/90. The SOBEPS Group (Societe Belge d Etudes des Phenomenes Spatiaux), were inundated with hundreds of reports during this period. Such was the efficiency of their organization that the Belgian Air Force asked for their co-operation and assistance! With SOBEPS members being widespread throughout the country, they were able to identify Flying Triangles in their locality and report their position to the Belgian Air Force.

In this manner, the SOBEPS members acted as trained observers for the Belgian Air Force. At one stage, two F16 interceptor fighters were placed at their disposal, to be directed to various parts of the country where the FTs were reported! This co-operation resulted in the F16s intercepting a number of the Flying Triangles, although the aircraft were completely unable to match the speed and maneuverability of the FTs, as subsequent cockpit radar film footage showed.  There had meanwhile been a number of isolated reports over the UK, but on the 26th September 1993, a huge Flying Triangle craft arrived over Bakewell in Derbyshire. Many residents of this small town were to share in the experience of watching a huge black craft, slowly and silently flying over their town. With a bright white light on each corner of its triangular shape and numerous smaller lights running along the edges of the craft, the FT flew low and at an estimated speed of only 30 mph. (A witness driving his vehicle at 40 mph overtook it!) The triangular craft the performed several slow maneuvers over the town before returning to its original course and flying slowly out of sight. It was just a few months later, on January 6th 1995, that a British Airways Boeing 737 aircraft was buzzed by a glowing triangular craft as it approached Manchester Airport! This was the forerunner of a Flying Triangle invasion, as the FTs then began to arrive in force.  There were 52 FT incidents recorded in and around the city of Derby from December 1994 to May 1995. These included hovering illuminated craft and in one instance, a huge triangular craft was observed hovering over one of the main traffic islands (Spider Bridge) on the A5111 circular road. Numerous witnesses were able to sketch and describe the FT craft in detail. The reports include FT craft hovering and shining down white beams of light onto the countryside at night. Lights have been reported on numerous occasions, but it seems highly unlikely that they are searchlights as such. Our new Doppler Radar technology enables present day satellites to look down through any weather onto the ground below and we presume that the FTs are the product of a far more advanced technology. The purpose of the FT searchlight beam could be something else, but what? Witnesses have described the FTs white beam of light as sometimes “ending in mid air, like a fluorescent tube.” As the number of FT reports have increased, a pattern of behaviour has begun to emerge. The FT craft appear to be coming in over the East coast of England and flying slowly across the countryside to various destinations including a number of Nuclear Power Stations, before returning back out to sea a few hours later.

Statistics from the Project FT database, under the discerning direction of Victor J. Kean have shown the following:

(NB – Figures for 1996 and 1997 are still being compiled and do not include associate spheres.)

The latest information from the Essex UFO Research Group under the able leadership of Ron West, (sadly no longer with us) (one of thirty groups operating under Project FT), states that since 1995, there have been reports of FT craft being seen entering and leaving the sea off the East coast near Lowestoft. There have also been 25 reports of lights seen moving under the surface of the sea in the same area. Could FTs have an undersea base somewhere along this coastline? Certainly, similar underwater activity has been reported from various parts of the world.  One startling coincidence has recently come to light and that is the number of references made to the subject of underwater bases by Larry Warren in his book Left At East Gate. The book deals primarily with the UFO incident in Rendlesham Forest, which took place in late December 1980, but then Larry Warren then goes on to reveal a further event. It appears that after the Rendlesham Forest incident, he got himself into trouble with the authorities by telephoning his mother about the UFO landing. He was subsequently ordered to go to a certain parking lot on the base where he would be met by a dark blue sedan car. When Larry arrived at the parking lot, he saw the car. As he entered into the vehicle, he remembered a greenish glow and then by all account, lost consciousness. He later recovered to find himself in an underground complex under the Woodbridge base, where he learnt from a black uniformed guard that it was part of a tunnel complex that led to the North Sea (p61). Larry Warren was then taken into a strange darkened glass room, where he was contacted by a telepathic alien figure, partly hidden by a glowing screen.

Larry then learnt that he was in an underground complex that had been built in the 1940s. The complex contained many aliens, with their support personnel; Larry went on to state, “The crafts they travelled and entered and exited via an extensive tunnel system. One exit was a mile off Lowestoft, Suffolk another, near Orford Key.” If Larry’s encounter with the alien is true and not a hallucination, could it mean that the aliens are controlling the Flying Triangle craft that have been reported disappearing into the sea off Lowestoft? If there is an underground facility at the Woodbridge air force base, does it have tunnels leading to the North Sea? Larry Warren claims that it does *. His co-writer Peter Robbins states, “It is quite an amazing aspect of Left At East Gate and one I am convinced is real though what REAL means has yet to be established”.  The latest information received indicates that there is intense UFO activity along the East Coast, particularly near Lowestoft and strange things are still happening in the vicinity of Rendlesham Forest! Just what is going on? * Two independent sources have recently confirmed, that not only does a tunnel system exist below Woodbridge, but it is joined to the nearby Bentwaters base and is part of an extensive tunnel system throughout England. We believe that a tunnel complex was built along this coast in the 1940s and we can only speculate that it was probably extended in total secrecy during the recent Cold War period. (O.F. March 1998) Written By Omar Fowler  NOTE: The above image is CGI.

THANKS TO BILLY BOOTH AND WWW.UFOCASEBOOK.COM