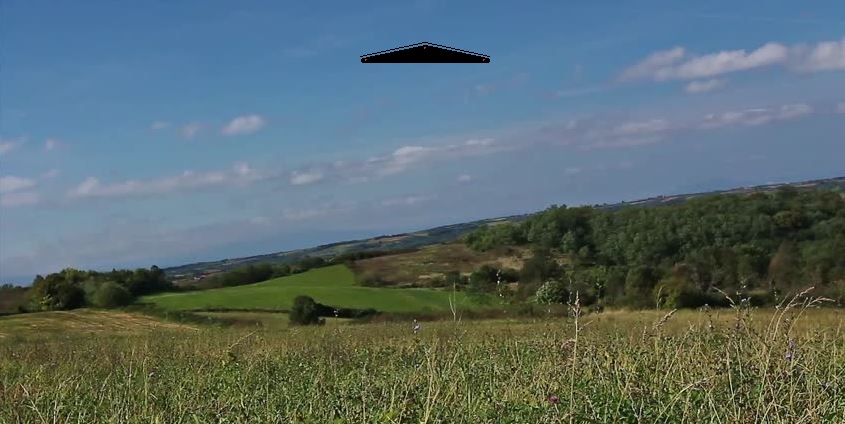 MUFON MINNESOTA INVESTIGATES TRIANGLE ENCOUNTER
.
OCTOBER 16, 1973  ……………. WACONIA MINNESOTA
.
The witness is incapable of entering data into a computer. So, I, the Field Investigator, am entering the data for her, as told to me. The month and date of the incident are approximate, while the year, 1973, is definite. The primary witness and two other witnesses were driving about 9 PM from Eden Prairie, MN west toward Waconia, MN, approximately 12 miles to the west. The two passenger witnesses are deceased or do not remember anything about the incident. In Eden Prairie, the witness sighted a brightly shining triangular shaped object approximately a mile to the west of her car. The light shining from the object was so bright that the witness was unable to discern any possible lights at the vertices or the center of the triangular object. The witness immediately thought the object was a UFO. As she drove further she could see the top of the UFO, apparently because the object went down a hill in front of the witness. The object paced her car as she drove west and once again she was beneath the object. When in Waconia, the witness drove directly under the object or else the object slowed enough or stopped enabling her to drive under the object which was approximately 150 ft overhead. The light beneath the object was extremely bright and cast a circle of light approximately 50 ft in diameter. The light was so bright that the witness could barely see the road but she accelerated and got ahead of the light. After that, she could see neither the object, nor the light cast by the object. The witness was very excited by her sighting but suffered no physical symptoms of distress.  NOTE: The above image is a rendering.
.
KEN PFEIFER WORLD UFO PHOTOS AND NEWS
WWW.WORLDUFOPHOTOSANDNEWS.ORG
WWW.WORLDUFOPHOTOS.ORG
THANLS TO WWW.MUFON.COM
.
.