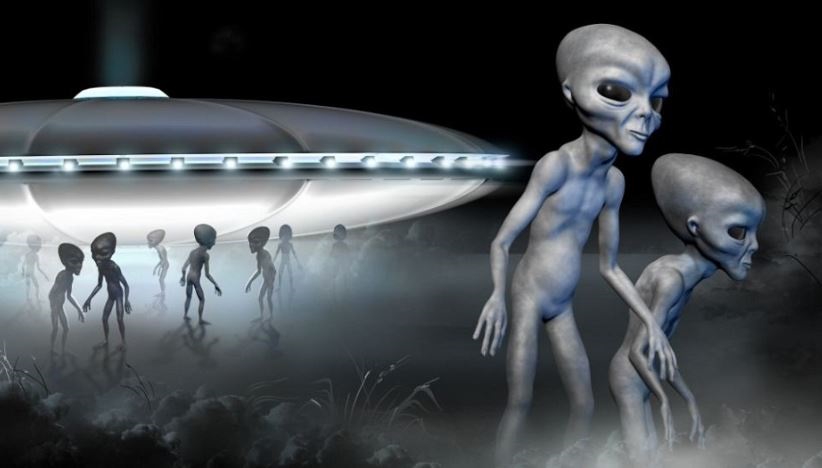 Robert Suffern of Three Mile Lake says a spaceship landed about 13 miles northwest of Bracebridge, Ontario, Canada, on  October 7, 1975, and he almost ran over one of its occupants with his car.  Mr. Suffern said the ship was about 12-14 feet across, nine feet high, and circular in shape.  There was a black strip running around the circumference, and what looked to be a small platform at the bottom of the vehicle,” he said.  Mr. Suffern said he found the ship while driving around to investigate “a glow in the sky” seen by his sister, who lives nearby, and who telephoned him to say she thought his barn might be on fire.  The ship was parked on a cottage road that led to the lake.  He said that a few seconds after he saw it, the ship lifted straight up from the road in front of his car.  “There was no dust raised, no apparent thrust, nothing,” he said.  “It went straight up and over the trees.” Mr. Suffern said he turned his car around and headed home.  However, when he reached the top of the hill, he had to slam on his brakes to avoid hitting “some sort of creature.”  The creature, he said, was the height of the car fender.  It had two legs, two arms, a globe-shaped helmet, and walked “sort of like a midget.  His helmet was slightly lighter in color and his spacesuit was like tin foil that has been crushed and flattened out,” he said.  The creature turned, took three or four steps, vaulted over a fence, and disappeared.  Suffern said he raced back to his house and arrive in time to see the spaceship hover near his home before crossing the lake.  He was badly shaken by the incident.  “It’s all right to think what you would do if you came face to face with a situation like this,” he said, “but when it actually happens, you are scared because you are dealing with the unknown.  I mean what do you do if they come to the door—offer them beer?”  NOTE: The above image is CGI.

2 thoughts on “ALIEN CRAFT AND OCCUPANT ENCOUNTER IN ONTARIO”