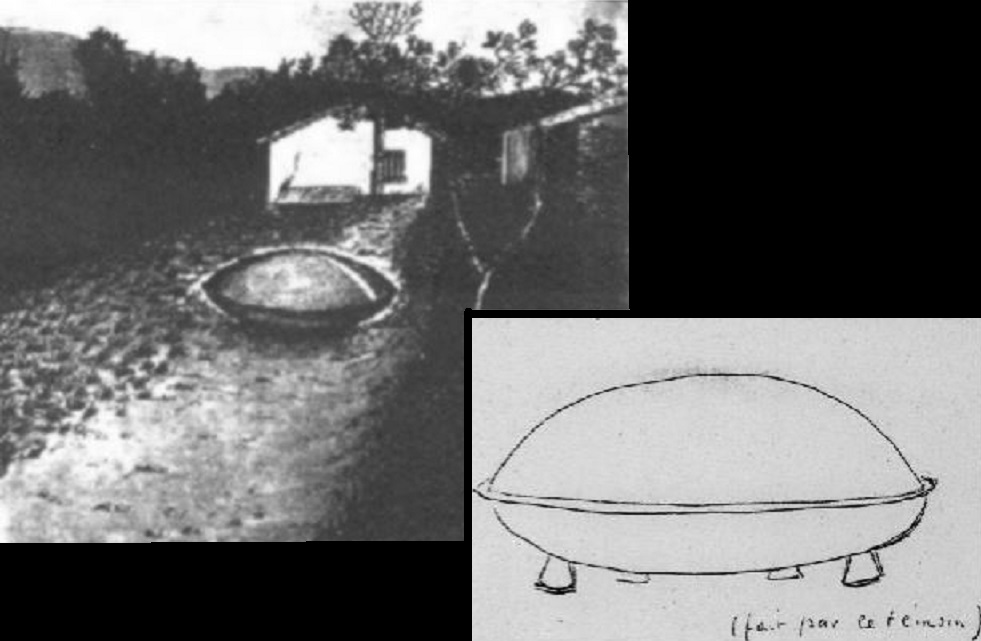 This happening took place on January 8, 1981, at Trans-en-Province, France. An unidentified object was seen landing in the yard of Nicolai. Despite the drawback to this case due to the single witness that validated the landing, he still gave a full account to police authorities, making him as a trustworthy and reliable individual.  Nicolai had lived at the Trans-en-Province house for 14 years with his wife. Nicolai’s wife worked as a cleaning lady, and Nicolai has just retired from SCNI Company. Since 1973, Nicolai had suffered from a heart condition, which forced him to retire six years later with a pension. On January 8, 1981, Nicolai was outside in the yard when at 5:00 PM, he heard a whistling sound. Later on, he was shocked to see a flying device with a large pine tree nearby the boundary of the property. As the alien continued its downward motion, he moved closer for a better view. He clearly saw the object in the yard. Moments after, the object raised up and took off. As it made its way, the object had kicked up dust. Nicolai appears like two saucers, which is inverted on beneath each other. It stands at the height of 4 feet, with a dull gray color.  GEPAN, which is a department of the French Space Agency, is responsible for all the UFO investigation. He also reconstructed the duration and trajectory. According to the witness, he started perceiving the phenomenon in the sky beyond the trees at the back end of the huge platform. In the case, Mr. Nicolai observes that the motion was continuous and fast, without sudden changes in speed. The Trans-en Province case has always been included in the discussions. In fact, it was considered as one of the best cases that took place in France. On the case, much investigation was done. Though definite conclusions may arrive, residents therein were assuming that a UFO landed on January 8, 1981, in France.