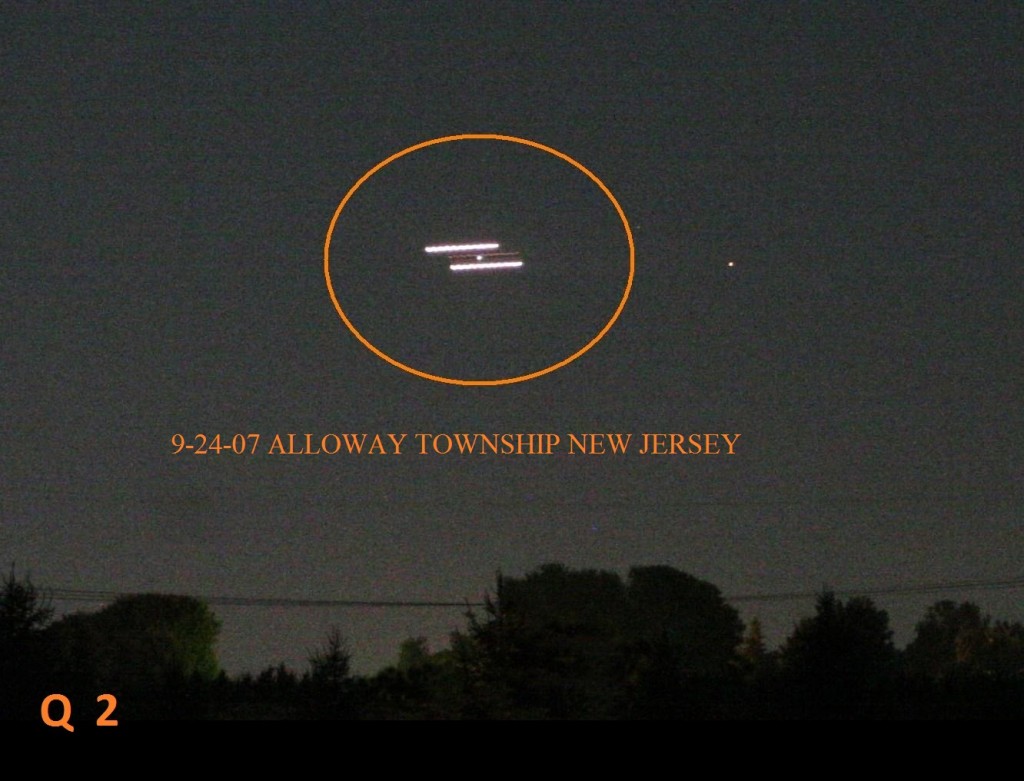 AMATEUR ASTRONOMERS ALIEN CRAFT SIGHTING IN QUEBEC
.
7-2-16 ST LAMBERT QUEBEC CANADA
.
I was in the schoolyard of a well known English-language high school in Saint Lambert, Quebec, with my mother and sister. Very little light pollution at night, which is why I was there planet gazing with my 127mm reflector telescope. We all saw exactly what I’m about to describe. The object silently glided out of a west-south-westerly direction when I noticed it, and was travelling in a perfectly straight line on an east-north-east bearing. I could not get a fix on it with my telescope due to using an equatorial mount unsuited for following near or fast moving objects. The object itself looked like a satellite with two parallel solar panels connected at one end to a main block. I say they LOOKED like solar panels because they had a black surface with a bronze graph layout on them. The overall shape was a lot like a Y-Wing from Star Wars. But this thing was way too close to have been a satellite, it had to have been low. It flew directly over my head, and at that apparent altitude I would say it wasn’t moving fast than 30 km/h. Speed and direction were both constant, but orientation was constantly and slowly changing in an unpredictable way. It turned in such a way on at least two axes, in no apparent order. The direction of these rotations were changing of their own accord. It was very visibly reflecting light as it rotated to face various directions, although it was totally unclear where the front or back of this craft could be. Suffice to say it really reminded me of a satellite as one would appear if it were that close. The best explanation I could come up with was that it could be a box kite from which the string had been cut, but that did not account for the way it was moving at all, or how far it moved seeing as it kept its heading and disappeared over the horizon. Also, the winds here were at an average of only 12km/h at the time, which barely registered as a breeze for me on the ground. Definitely not the kind of weather that could keep a kite in the air. This thing wasn’t moving or rotating like something carried by the wind, it was moving like something that had no regard for gravity at all, and it maintained its very low altitude for its entire pass from what I could tell. It was moving like an uncoupled fighter craft in Battlestar Galactica, able to change its orientation without changing its direction of movement. I don’t know what else to say about it. It was by far the weirdest thing I’ve ever seen in the sky, it’s contours were so visible and sharp it completely blew my mind. If anyone has ever seen something like that, I yearn to ponder with them what the heck it could be.  NOTE: The above image is real and was investigated by Ken Pfeifer in 2007.  Case files was classified as ” unknown ”.
.
KEN PFEIFER WORLD UFO PHOTOS AND NEWS
WWW.WORLDUFOPHOTOSADNNEWS.ORG
WWW.WORLDUFOPHOTOS.ORG
THANKS TO WWW.MUFON.COM CASE FILES
.
.