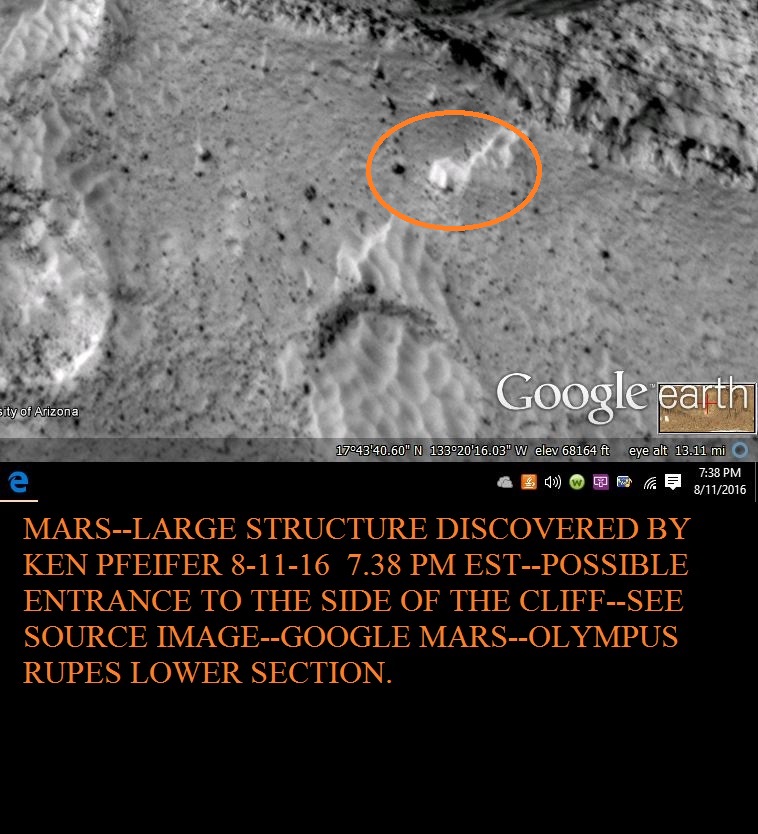 KEN PFEIFER’S MARS, SATURN AND MOON DISCOVERIES 8-11-16
.
I have been researching the hi-definition NASA image from the Moon and Mars for many years.  It seems like every time I sit down and review these photos I find something very definite.  Having the patience to do this is the secret.  Sometime I may take up to 8  hours to properly view just one image.  Google Moon and Mars offers the best way to view and save the information directly on the source. I have dismissed countless images that may look like this or that but I only save the images that are definitely a structure or even better, an alien craft. I have seen countless images by other sources and frankly I do see what they are trying to convey.  Below are only a few of many images that I have discovered on the Moon, Mars and Saturn.
.
The top photo is from Mars.  This is from the lower section of Olympus Rupes area.  The date of discovery and the latitude and longitude are on the bottom of the photo.  I feel this large structure may possibly be an opening to a mass cave system in the cliffs.  This opening is enormous.
MOON IMAGE 1 [ EGG 0BJECTS ] 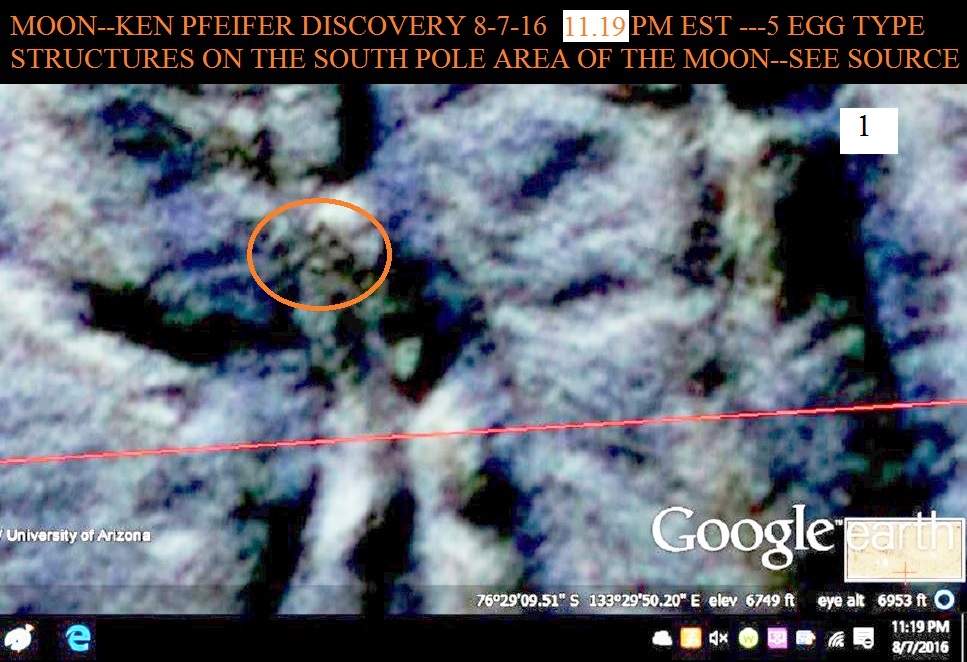 The egg type structure was discovered on the same day.  These egg like objects are very large because of the altitude the images were taken.  The south pole area of the moon is very interesting. Theses objects would be the size of a domed football stadium.  Definitely not a natural phenomenon.
MOON IMAGE 2 [  FLYING SAUCER ] 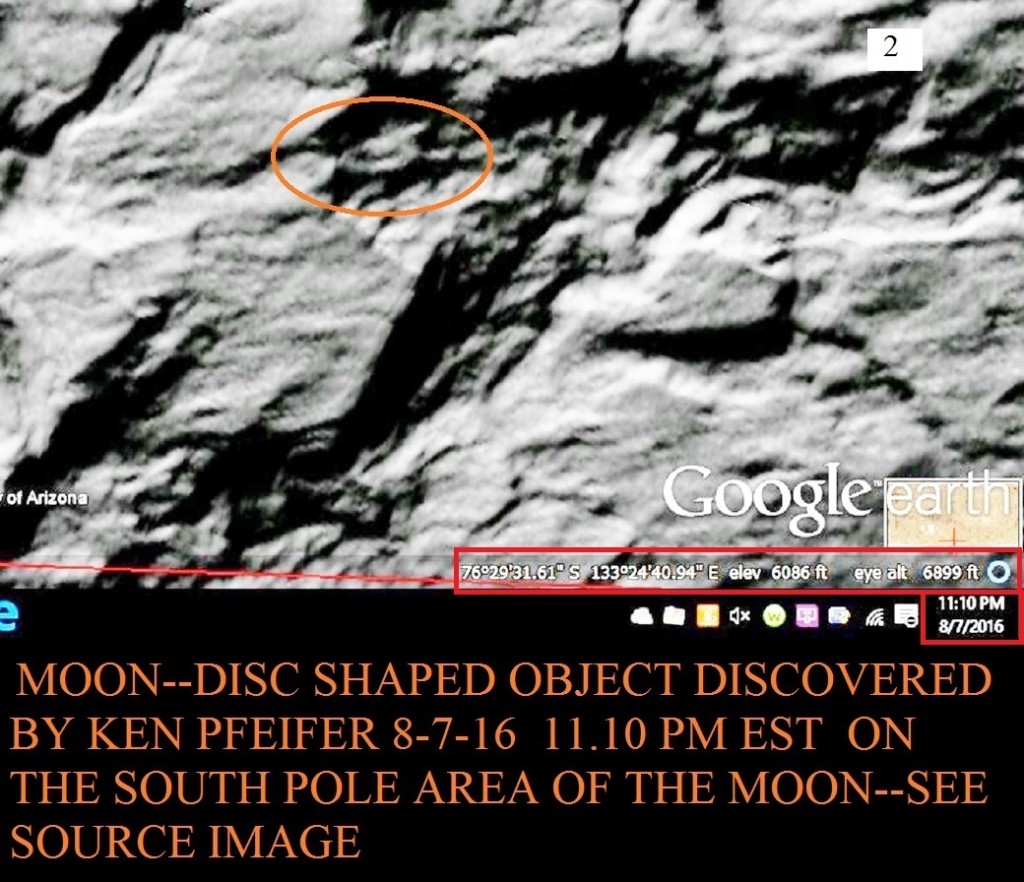 This flying saucer object was very easy to recognize.  Again the South Pole region of the Moon.  The latitude and longitude are on the bottom of each image for verification.  I have found three definite strange objects in this area and I have only viewed the tip of the iceburg.  Sometimes it may take a long time of scanning an image to get a hit but these three came within an hour of one another.
MOON IMAGE 3  [ STONE HENGE ] 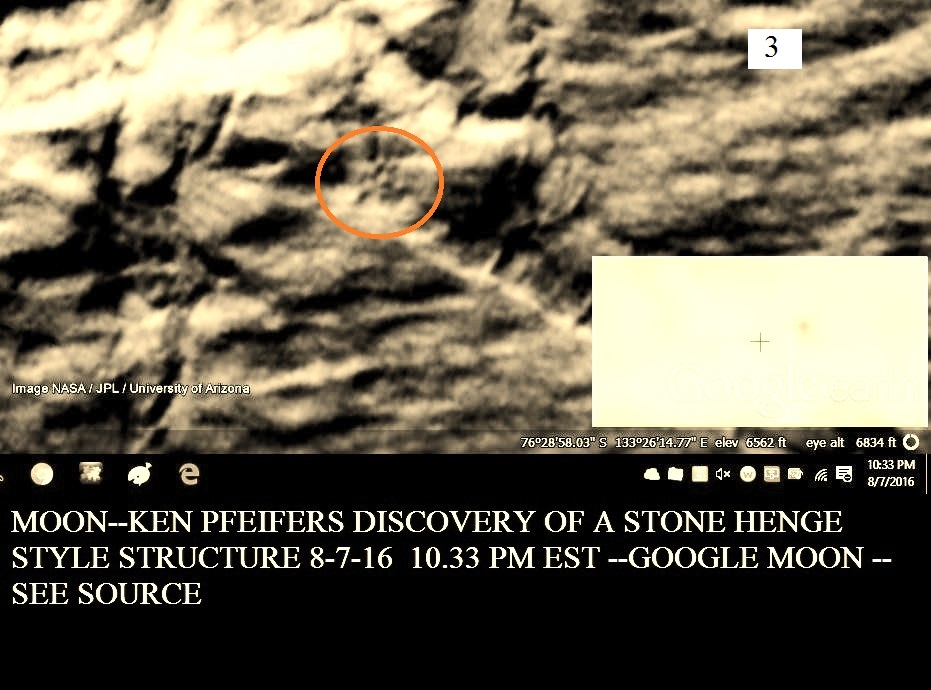 This third image is one of my favorites.  I have found this type of structure on the Moon and Mars many times. It is definitely not a natural phenomenon and I feel this is some sort of Stone Henge structure.  This one is not far from the other  discoveries near the south pole area.  Again, the latitude and longitude are on the images.
SATURN IMAGE 4  [ WHEEL HUB STRUCTURE ] 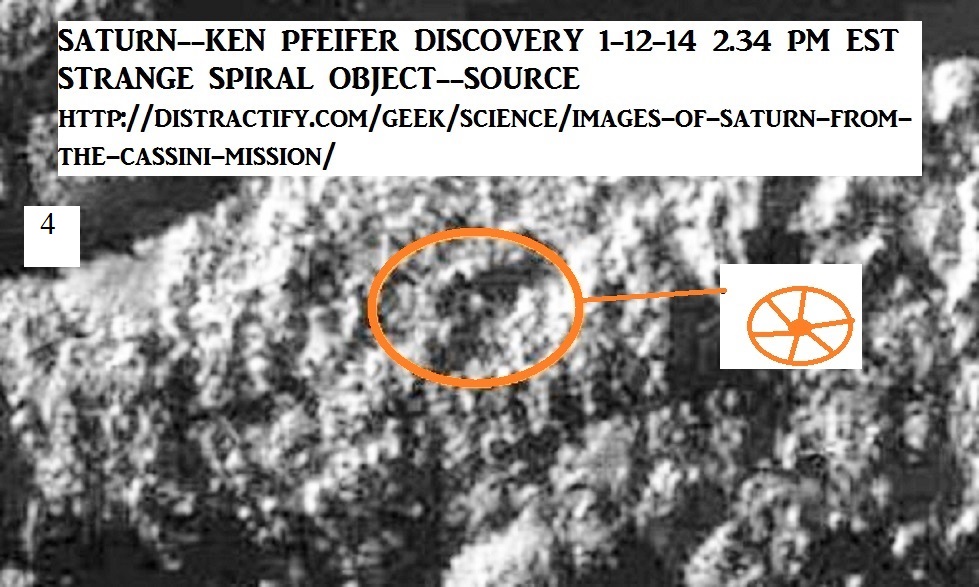 This is another strange structure that I have discovered many times on the Moon and Mars.  It looks embedded into a rock formation and could possible be an alien craft or some type of living structure.  This image is from the Cassini images.
HERE IS THE SOURCE OF THE MOON PHOTOS [ 5 ] 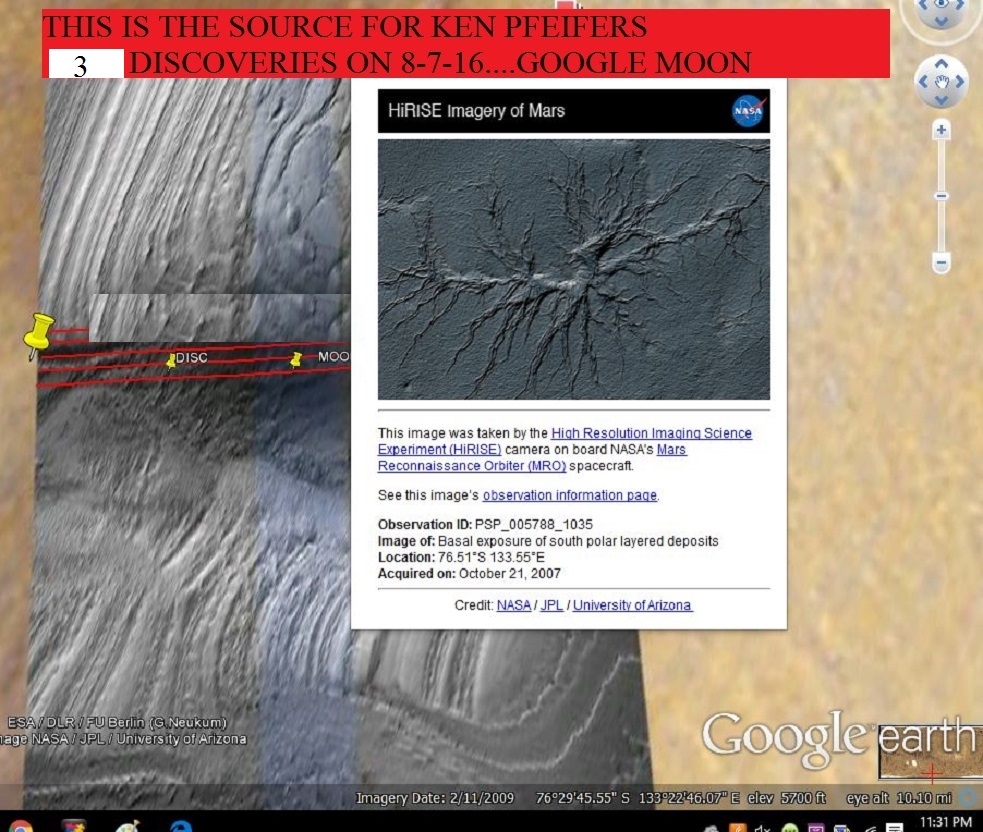 KENS NOTE:  The are only a few of my many discoveries on the Planets and the Moon.  Check out [  Kens discoveries and info Gallery ]  on  www.worldufophotos.org   Also check out the Moon gallery with many strange things discovered by me, from the Apollo Moon missions.
.
KEN PFEIFER WORLD UFO PHOTOS AND NEWS
WWW.WORLDUFOPHOTOSANDNEWS.ORG
WWW.WORLDUFOPHOTOS.ORG
.
.