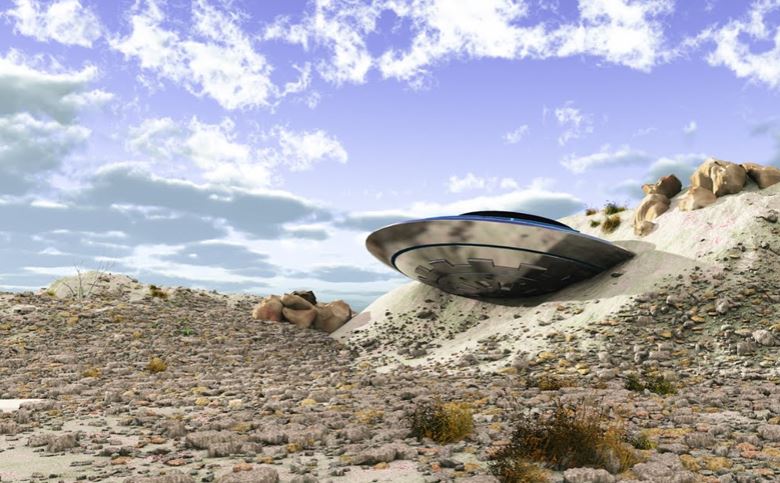 ANOTHER WITNESS TO THE ROSWELL CRASH
.
JULY 5, 1947  ………….  ROSWELL NEW MEXICO
.
This is a report of an interview I conducted of a person who was at the Roswell crash site. I am a retired engineer. I joined the staff of the then new campus of the University of California at Santa Cruz. There were several sightings of UFO’s in the mountains behind the campus in 1969 and reported to the University. I was asked to interview 3 people and file a report. I could find on credibility or evidence in these events but, because it was a small campus and everybody in the Sciences knew what was going on, I got the unwanted reputation of someone who knew about UFO’s.

One day in 1970, a maintenance worker who I knew well from my church, came into my lab and said he had a friend who wanted to talk to me but did not want to meet in a public place. I suggested we meet at my home that evening. At the time, I did not know he wanted to tell me about a UFO incident.  That evening I was told by the two men that they had been captured by the Germans during WW2 and spent a year and a half in a POW camp. They became good friends during that time and remained so after the war.  The individual I interviewed was a welder by trade and after the war was employed at the Roswell Air Force base welding jigs and fixtures for servicing aircraft. He began by stating that the week before the 4th of July flying saucers would fly over the base in pairs every once in a while. He said they were circular and had a large dome on the top. They were flat on the bottom and were silent. He assumed they were some technology obtained from the Germans. He said everyone working there called them “flats.”
.
He said that he had just returned back to work after the 4th of July holiday when a truck pulled up and an officer got out and told him to load a cutting torch and fresh tanks and that they were going out to the desert. He said that it was mid afternoon when they arrived at the crash site. He said at the time he thought a plane had gone down. He said they had a flatbed truck loaded with wreckage and there were soldiers on their hands and knees picking up every piece of wreckage and putting it in cloth bags. He said the bags were the kind used for sandbags.  He said they drove a little farther out of sight from the wreckage and came upon a second group of people standing around an intact UFO. He said the brush was knocked down indicating the craft had skidded across the ground and came to rest nosed into a natural berm with the back side slightly off the ground.  He described the craft as being about 25/26 feet in diameter with a large dome on top. He said the craft was the ‘color of weak tea’ with a burnished finish. He said there were no signs of weld marks, seams, or rivets and that all of the edges had either an inside or outside radius. There were no visible windows or openings. That was why he was brought there.  He was told to cut an opening in the dome big enough for a man to crawl through. By this time it was getting to be late afternoon and there were soldiers setting up a bank of portable lights. He said he began cutting a hole from the base of the dome. He said it was a tough alloy and slow cutting but the material was surprisingly thin. He tried bending the metal out of his way as he was cutting but the metal would spring back to its original shape without creasing.

He finished his cut and set the metal piece aside and looked into the cockpit for a few seconds before he was ordered off the craft. He said it was difficult to see very far into the craft because of the glare from the portable lights and the cockpit was full of smoke from the cutting torch. He said he saw two beings who appeared to be dead. He said the cockpit had a strong smell of ammonia. He described the two beings as being about 4′ tall but they were doubled up so it was hard to say. They were wearing what he said were skin tight purplish flight suits that reminded him of sequins. He described their heads as what we now refer to as greys. He said there were no visible instruments that he could see.  He was ordered off the craft with his gear and returned to the Air Base. He said it was dark when they arrived and he was escorted by armed guards into a building for a debriefing. He said there were several high ranking officers at the table along with 4 or 5 civilians in suits. He said that after he was debriefed he was told that he was not to talk about what he had seen as it was a state secret and if he was caught divulging anything he would spend the rest of his life in prison or worse. He was scared to death by the threat and my friend and myself are the only people he ever told and that was 23 years after the event.  When we started the interview, I was told that I could not take notes or use a recorder. He was very nervous telling the story and had to be reassured by my friend that I would not betray him. He said that what had been described as the Roswell event was not true and he wanted the truth told after his death. He asked that I keep what he told me a secret until after his death which I have done. He and my friend both passed away in the late 1980’s.
.
When I heard this story I did not know what to think. I was not a UFO buff and had never heard the Roswell story. My friend said this guy was the real thing and during the interview I never sensed anything odd about his presentation or with his mannerisms. He provided a lot more information that I have stated but the interview was almost 50 years ago and forgotten. I think he was telling the truth. My friend was a very honorable and trustworthy man who would knowingly support a bogus story. I never saw or spoke the welder again after that evening. I have shared my knowledge of this interview with a couple of investigators but I think they doubted my credibility. – MUFON CMS  NOTE: The above images are CGI.
.
KEN PFEIFER WORLD UFO PHOTOS AND NEWS
HTTP://WWW.WORLDUFOPHOTOSANDNEWS.ORG
HTTP://WWW.WORLDUFOPHOTOS.ORG
HTTP://WWW.NEWDISCOVERIES51.YOLASITE.COM
HTTP://WWW.HEAVENSRANGERS.NET
THANKS TO AND HTTP://PHANTOMSANDMONSTERS.COM
AND HTTP://WWW.MUFON.COM  CASE FILES
.

31 thoughts on “ANOTHER WITNESS TO THE ROSWELL CRASH”