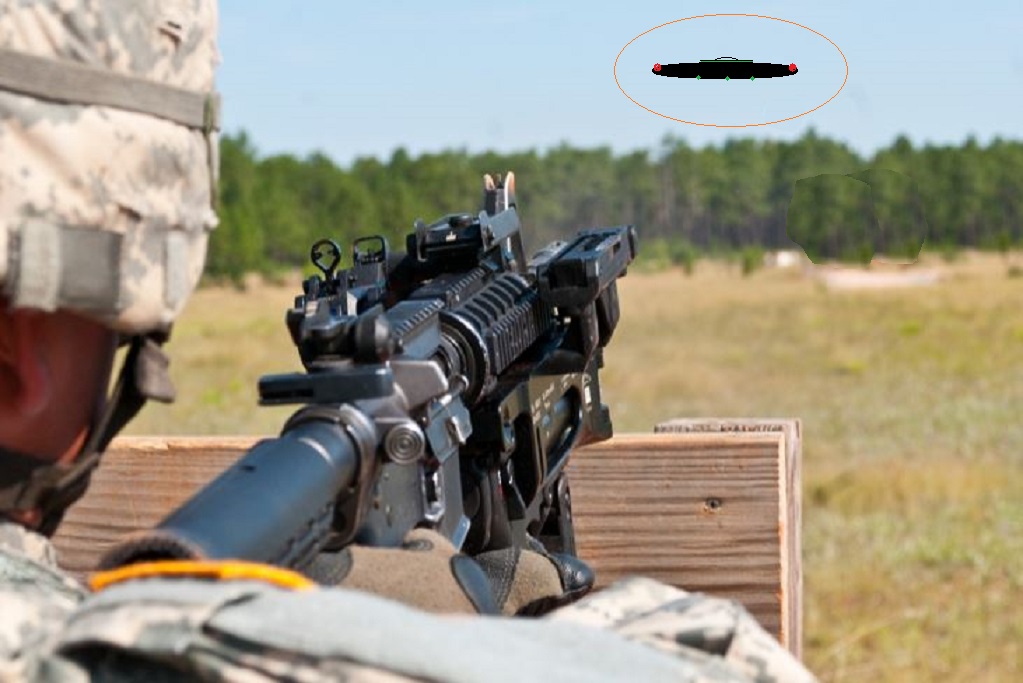 SOLDIER FIRED ON ALIEN CRAFT IN CUBA
.
1967   …………..  CABANAS BAY CUBA
.
Objects of unknown origin buzzed a military facility on Cabañas Bay in 1967. The troops quartered at this installation were jolted out of bed shortly after midnight by a blast of machine gun fire from the sentry box manned by Isidro Puentes. A squad was rushed to the area, but the sentinel was not at his post. Dozens of spent rounds were later found in the area, completely crushed as if they had impacted a very solid object upon impact. Even more ominous was the discovery of burn marks that suggested the landing of a large object with an estimated weight of ten tons.   The missing guard was found later in the morning, completely unconscious. He was taken to a military hospital, where he remained in shock and unable to speak for nearly seven days. The hapless soldier was then transported to a neurology unit, where scans showed that he had no brain damage, but still remained unresponsive. When he finally emerged from his trance-like state, the soldier told the medical staff and investigating officers that he had seen “strange lights” behind the trees, and upon investigation, was faced with a large object shaped like a “luminous sphere.” Believing that the object could be the spearhead of a U.S. invasion force, the soldier fired at it, and could remember little else.
NOTE: The above image is CGI.
.
KEN PFEIFER WORLD UFO PHOTOS AND NEWS
HTTP://WWW.WORLDUFOPHOTOSANDNEWS.ORG
HTTP://WWW.HEAVENSRANGERS.NET
HTTP://WWW.WORLDUFOPHOTOS.ORG
HTTP://WWW.NEWDISCOVERIES51.YOLASITE.COM
THANKS TO http://inexplicata.blogspot.com
.