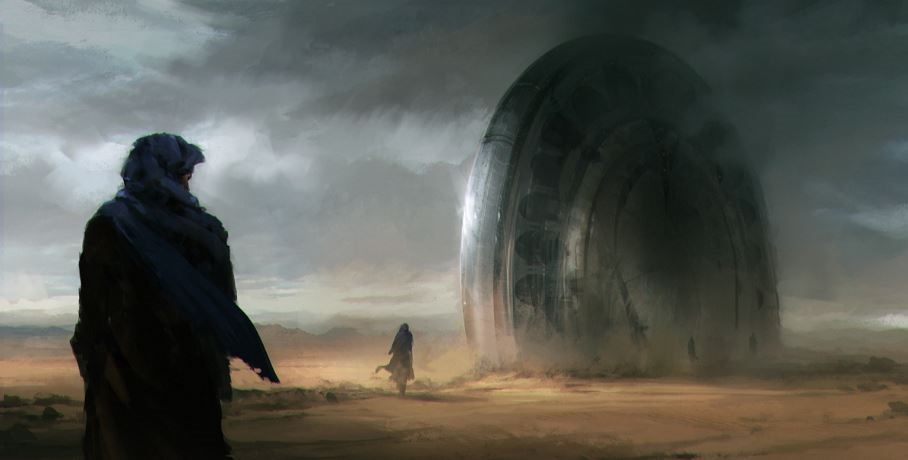 ALIEN CRAFT CRASHES IN OUTER MONGOLIA
.
1982  ……….. GOBI DESERT, OUTER MONGOLIA
.
Chinese military units accidentally stumbled upon a crashed alien spacecraft in this isolated desert region. A retrieval team was summoned and the site properly cordoned off. Everything possible was done to avoid any information leaked to civilians and to other Chinese military sections. The craft was slightly damaged and abandoned by its crew. It was about 10 meters long and about 2.5-3 meters in diameter. Its shape was cylindrical, with a very durable surface. Sophisticated equipment apparently used by alien entities was found inside the cabin, with chairs for 2 or 3 entities. The cylinder was loaded upon a platform on a flatbed truck or railroad carriage and moved to a must secured underground Government research installation in a military range southwest of Beijing under the Taihang-Shan Mountains. The alien spacecraft was subjected to extensive study and research. Another UFO, which crashed in 1973, was also stored at the site.
.
NOTE: The Taihang Shan Mountains contain a network of underground tunnels for Chinese strategic missiles. Speculation is that part of that underground network is used to hide rumored crashed UFOs as well as remains of alien beings.  In January, 2005 in the area that borders Nepal, tourists returning from Nepal were talking about a possible UFO crash in that country. The talk was also rampant in Katmandu, capital of Nepal and other Nepali cities. The crash site is in the deep Himalayan border of Nepal and China. According to sources, the crash site may have been close to Mount Everest and is totally inaccessible from either side. The rumor is that the Chinese military was actively looking for the crashed craft. It is also rumored that the ‘human-like’ extraterrestrials were not allowing anyone to get close to the site.  Unusual activities and some tremors were felt all over the Himalayan regions from both the Indian and Nepalese side. Also UFO activity increased sharply in that area, possibly related to the supposed crash. It is possible that the crash was nothing more but a Chinese spacecraft. China had some secret military projects in that area.   NOTE: The above image is CGI.
.
KEN PFEIFER WORLD UFO PHOTOS AND NEWS
HTTP://WWW.WORLDUFOPHOTOSANDNEWS.ORG
HTTP://WWW.WORLDUFOPHOTOS.ORG
HTTP://WWW.HEAVENSRANGERS.NET
HTTP://WWW.NEWDISCOVERIES51.YOLASITE.COM
THANKS TO WWW.PHANTOMSANDMONSTERS.COM
.