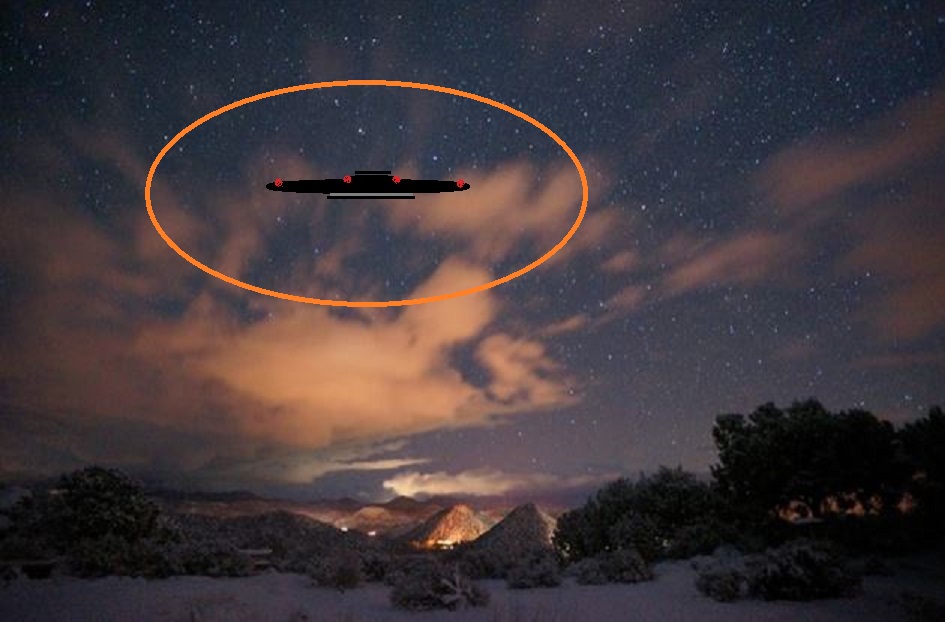 ALIEN DISC ENCOUNTER OVER LOTA CHILE
.
DECEMBER 8, 2007 ……..LOTA CHILE
.
Workers of a company in Lota claim having seen an extraterrestrial craft flying over the commune. These employees believe it stopped in mid-air to observe them.   More than stars can be seen in the skies over Lota. Mario knows this well; he is an employee with a company located only meters from the coast, and on December 8 (2007) he had an experience that has left him in shock to this very day. “I am certain that the crew, if it had one, were aware of my presence and that I was watching them,” he recalls.   It was after 10:00 pm when the worker went to greet the new shift. Around 2:10 a.m., he headed to the northern section of the facilities, and at a distance of 100 meters from the “pandereta” (brick wall) that borders the company’s perimeter, he took a casual look at the sky and saw a “machine” fly overhead.   “There was a fluorescent light around it. No portholes were visible as one would see on an airplane. The object was dark, flat on its underside. It had an oval-shaped tail section with two lights on it. The one on the right was orange-red, and the one on the left violet. Both were intermittent, but not in sequence,” he recalls.  “I have seen commercial aircraft flying over the city and in spite of their altitude; one always hears the sound of their jet engines. This was not a craft made on Earth.”   In spite of the shocking experience, Mario believes himself to be among the “chosen.”   “I saw that the machine was over Cerro Fundición in Lota Alto. From my perspective, it could be seen over Blocks 6 and 7 (apartment buildings). Then it made like a 90 degree turn, which puzzled me even more, because I’d never seen something in the air with these characteristics. The flying machine appeared to be patrolling the area,” he stated.   According to the witness, the object continued on its way, flying over a considerable section of Lota and then heading for the woods on the Cordilleran forest belt. The sighting lasted between 10 and 15 minutes.   His friends also saw the object. What did they say about it? “They laughed at first, but then they all corroborated that what they saw wasn’t anything man-made. It was odd, but a co-worker said, very seriously: “I think they were among us.”  NOTE: The above image is CGI.
.
KEN PFEIFER WORLD UFO PHOTOS AND NEWS
HTTP://WWW.WORLDUFOPHOTOSANDNEWS.ORG
HTTP://WWW.WORLDUFOPHOTOS.ORG
HTTP://WWW.NEWDISCOVERIES51.YOLASITE.COM
HTTP://WWW.HEAVENSRANGERS.COM
THANKS TO inexplicata.blogspot.com
.