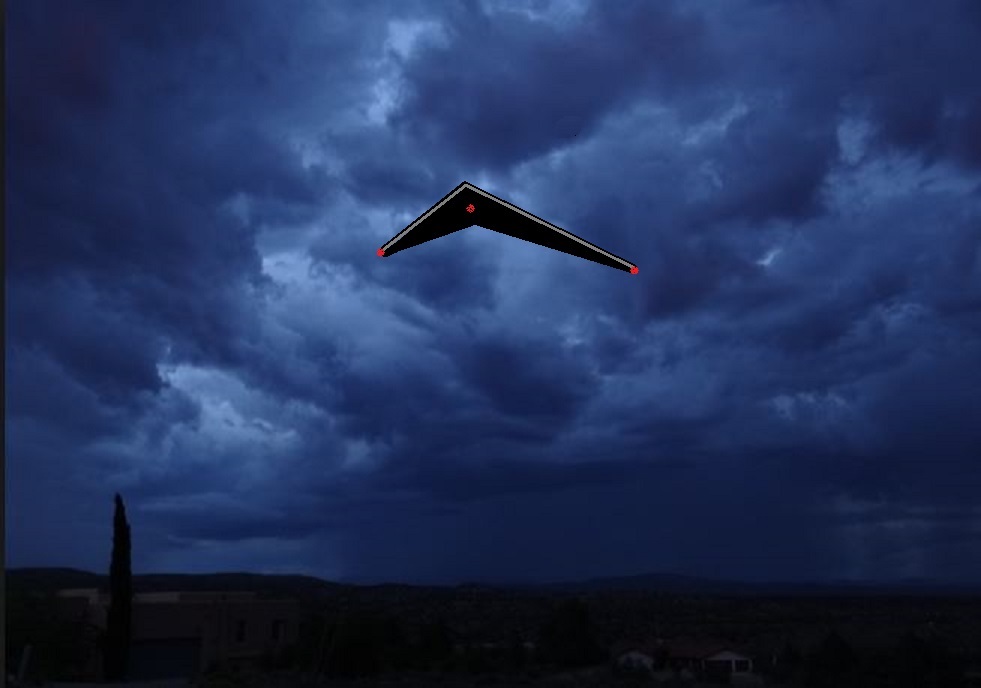 Sunday night , after falling asleep in his chair, Peter woke up and went Outside to feed his dogs. As it was such a nice night he decided to relax for a while and do a bit of stargazing, which he very often does late at night. After approximately half an hour, he looked up and noticed a large, solid black V shaped object with dim orange lights which were situated along the front end of the object. Peter said it was a very clear night and he first noticed the object because it was blocking out the Big Dipper constellation he had been looking at previously. There was no sound emitted from the object at all and Peter estimates that it must have been at least 5 times bigger than a Jumbo Jet. He sighted the object for only 3-4 seconds when Peter says it just disappeared from view.

On the night of Sunday 2nd Jan 2000, Margaret who is a nurse was on her way home from work, when at approx 10.20pm, she observed a black V shaped object with 3 red lights hovering over Houses in Sky Road, Frankston. She pulled over to the side of the road and turned off the Ignition (Prior to turning off the ignition she had noticed some interference on the car radio).  She said the object was very big and no sound came from it, what so ever. It was a very clear night. And although it wasn’t hot at all that night, Margaret had a feeling of the car and then herself becoming very hot. She watched the object for a few minutes when it suddenly disappeared. There were no other witnesses.