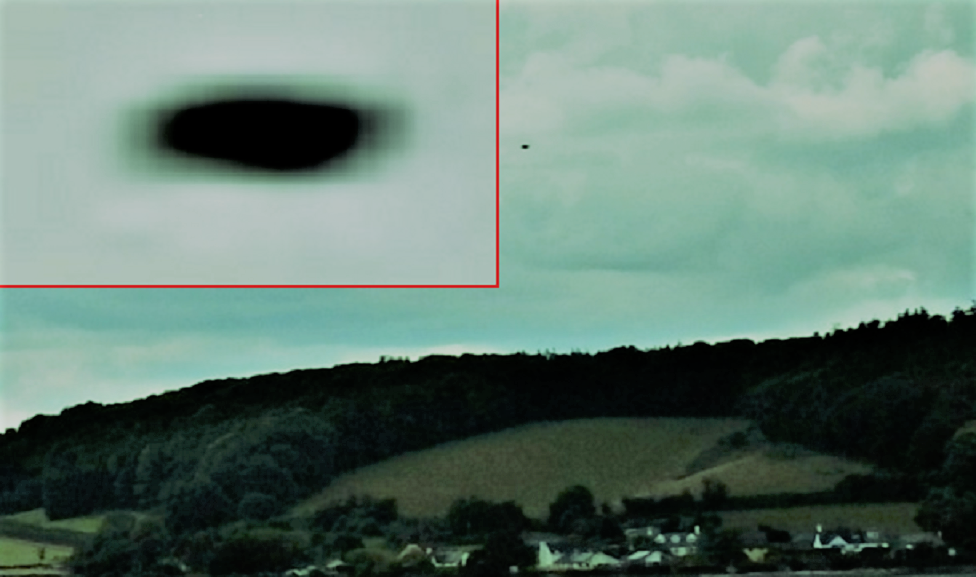 After previously witnessing a UFO landing in a field and abducting cows for genetic material, a self-proclaimed UFO expert returned to Dawlish Warren for further investigations.  John Mooner claimed to have seen a UFO landing in a field in Dawlish on November 25, 2016. He came back to the area on January 4, 2017, and to his surprise, he saw the same thing flying across the sky.  The second sighting came just days after he noticed the first UFO of 2017 flying over Newton Abbot on Monday.  Mr. Mooner of Newton Abbot, who claimed to be a chief photographer for World UFO Photos, said he made a return visit to Dawlish Warren to conduct more investigations into his UFO sighting involving a landing in a farmer’s field. He was standing in the same position as the last time he experienced his UFO sighting to observe the area. He said that it was cold that time, but it was not enough to discourage him from his UFO watch.  He said he stood in the area looking in the field for hours when a similar or perhaps the same UFO flew across the sky that made him dumbfounded.  He started taking photos as the unidentified flying object flew over the field and off into the distance.  Because of the tremendous speed of the UFO, he did not manage to take a zoom into it. He just managed to take four photographs that show the movement of the UFO as it passed over the field.   When he got home, he enlarged the pictures to see the object closer. He said the UFO had no wings and looked oval. He was certain; the strange aerial thing was not a commercial aircraft.  He feels that the second UFO he spotted was the same transit van sized UFO he observed landing in the field last time. The photographs were snapped on January 4, 2017, at 3:27 pm at Dawlish Warren.

KENS NOTE:  John Mooner is the Chief Investigator for World UFO Photos.org.  John has been working for me for many years now and he has some of the most incredible UFO/Alien craft photos in the world.  His hot spot is Newton Abbot Devon England.

23 thoughts on “ANOTHER INCREDIBLE ALIEN CRAFT PHOTO FROM ENGLAND”