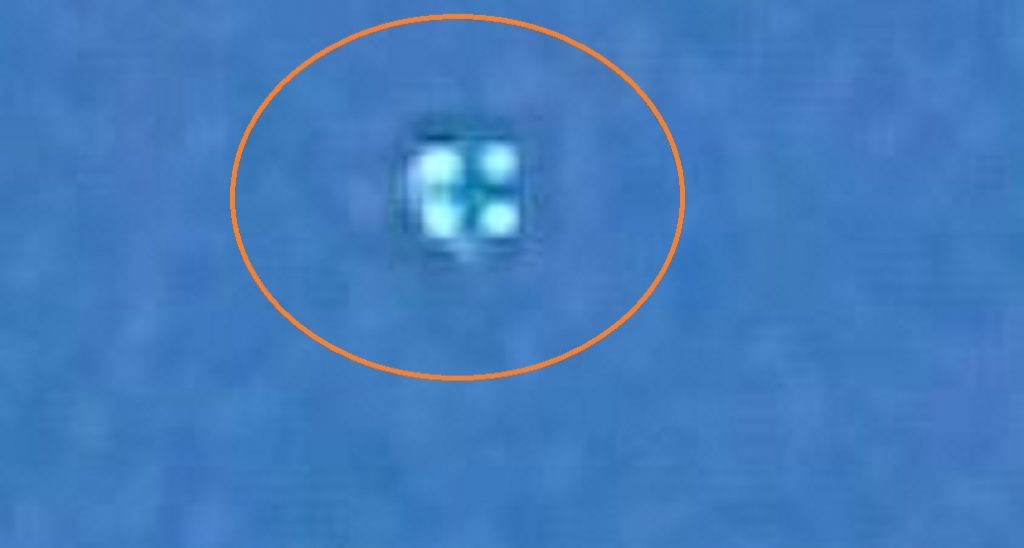 I was walking outside to the parking lot. Saw an employee pointing at the sky but didn’t notice it til I paid attention to the direction he was pointing so I got my phone camera out and took pictures and video. We thought it was a satellite but then noticed that there was nothing said in news about any sightings of satellite as they always notify people. At first the lights were very bright and it was cloudy outside. And as the clouds passed in front it reflected the shape of the object. It only showed 2 lights then turned direction and saw 4 bright lights and they were flashing. I was excited because I enjoy watching the sky such as clouds and eclipse, satellites being moved from places, asteroid showers, etc. It is interesting to me other people were also taking pictures and video.

I called the news station and they asked if I was also calling about the lights in the sky because many people were calling about it. I sent them the pictures and said they would investigate, but I don’t know if they found out what it was. A cloud passed in front of object and it was gone.