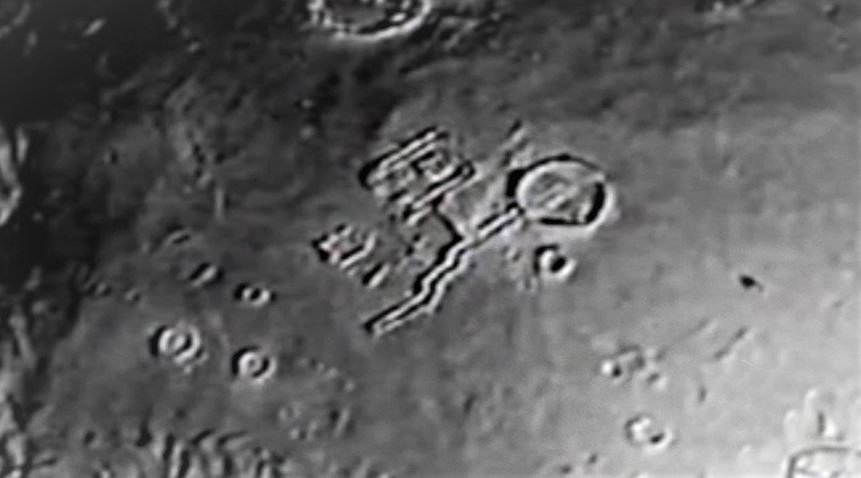 I was in a color lab one day when my boss, Staff Sergeant Taylor, came over to me and said that they were having a problem with some equipment on the base an it was the first lunar orbiter program, where thy had a mission to pretty much locate the first landing sites for the 1969 lunar mission for the astronauts.  So he said they were having some problem with equipment over there. it was similar equipment to what we had- it was computerized contact printing equipment. He wanted to know if I would go over and take a look at it. He said to me, It’s an NSA facility. At the time, I didn’t Know what the NSA was–I was pretty naive.  I thought he said NASA. So in my mind, for a long time I thought it was a NASA facility that I had gone to, but I remembered him saying NSA and converting it in my own mind to NASA…  Wolfe claims that one day when NSA photographic equipment failed, he was called in to assist them with the critical repair work needed to keep the machines on the job. Coincidentally, Wolfe was the only individual available at the time trained in the type of equipment that had failed. He normally would be crossing lines by venturing into NSA territory.  His security clearance status was raised to enable him to even enter the highly secure laboratory.  Wolfe’s heart raced as he entered the here-to-fore forbidden hangar that day, and he was shocked to see the frantic activity in the lab, activities carried out by individuals of many different nations.

Wolfe had naturally thought that only American citizens would be in the NASA lab, but there were many individuals with guest name tags on, and obviously from foreign countries present this day, inferring that they were there on a temporary basis for some special occasion.  He felt a sense of panic as to his mission. Whatever he was called in for was of the utmost importance. He was told that the equipment in question was in a nearby dark room. As he was led into the room, only the red glow of a safety light greeted him at first, but in a moment, he could make out the figure of one airman who manned the dark room.  Wolfe knew that the image processing equipment would have to be removed to be repaired, and he also knew that the diagnostics on this type of equipment would take some time to finish.  Arrangements were quickly made for the photographic equipment to be taken to another secure location for Wolfe to begin the painstaking task of troubleshooting the problem. As Wolfe waited for transport to arrive, he began to chat with the other airman. Wolfe carefully asked why the NASA work was being done at Langley and not NASA in Houston.  It was then that he was told that all of the NASA image information was downloaded to Langley, enhanced and made into the finished photographs that were then studied by different branches of the Armed Forces.

The dark room attendant began to explain to Wolfe just what all the secrecy was about.  Wolfe was told that recent enhanced images had surprisingly, yet clearly shown structures on the surface of the dark side of the Moon. Structures that definitely were not created by natural means, such as meteors, or ancient collisions with other heavenly bodies. The structures were created by intelligent beings.  “We discovered,” the airman said, “a base of the back side of the Moon.”  Wolfe was obviously stunned by this extraordinary disclosure. He remembers literally “shaking” trying to take in the enormity of what he had been told. Seeing Wolfe’s disbelief, the dark room attendant continued;  “Yes, a base on the dark side of the Moon.”  Although the attendant had not actually said that the structures were not created by inhabitants of Earth, it seemed to go without saying. Wolfe was still in amazement as he was now looking down at the very photographs he was trying to envision in his mind. Bending down under the red glowing lamp, he was seeing what so very few would see. He could clearly make out geometric shapes, well organized, and well designed.  Most noticeable to him were what looked exactly like radar antennas, very similar to what one could see on Earth. There was no doubt now in Wolfe’s mind why the odd complement of scientists and investigators were in attendance at this place on this day.

They had arrived to see and study what he was looking at now; structures made by intelligent beings on the Moon.  Questions flooded his mind now; Could Russia have made these structures, putting the first flag on the lunar surface? Could this be a joint venture of some kind? If so, by whom? Americans and aliens? Whomever was the creator, Wolfe felt like he had been caught stealing, or with his hand in the cookie jar. He was NOT supposed to see these photographs.  He could be arrested, or worse. He just wanted to do his job, leave, and never mention it again. Wolfe did finish the job he was commissioned to do, keeping the memories of that day dormant in his mind, and went on with his life.  Wolfe, however, was haunted by the images he saw that day for many years to come. After he left the active service, his security clearance prohibited him from leaving the United States for five years, and he was sworn to keep what he had seen to himself. It would be thirty years before he told anyone about that unforgettable day.  For the year that Wolfe saw the remarkable structures on the dark side of the Moon was 1965, four years before Neil Armstrong put the first footprint on the lunar surface. Or was it the first?

KENS NOTE: Apparently not all of the strange structure photos, on the dark side of the moon, were found by the NSA and Nasa.  Many survived and we are seeing them today.