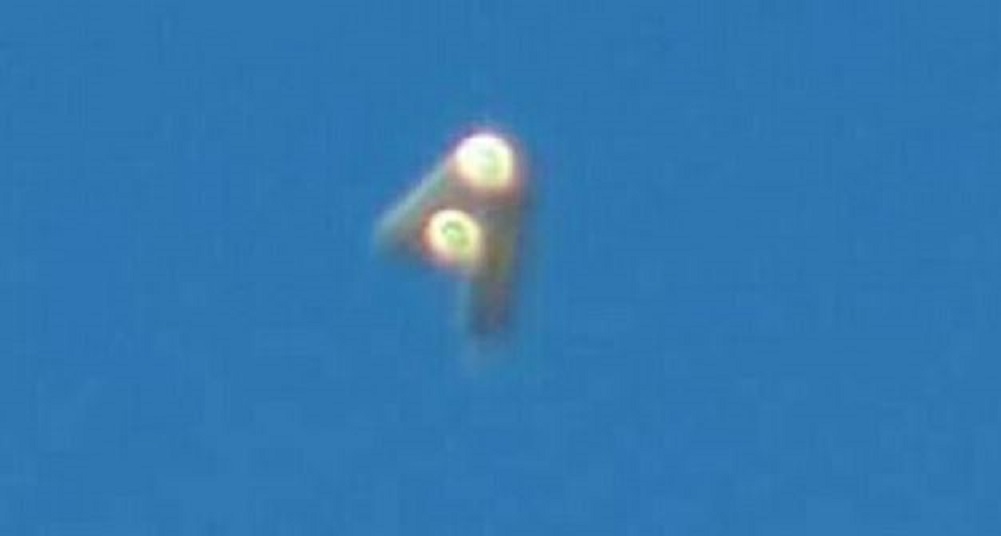 I went hiking in in Southern California (Claremont Trails) on 01/22/18 at about 10:30am I was on the West Side of the Mountain/Trails (facing Los Angeles) when I noticed a shiny object in the sky. The sun would reflect off it from time to time. At first I thought it could be a drone at a distance or a silver type of weather balloon but upon closer inspection I realized it was big and metallic. It was hovering/floating around in the same area for a little while. Initially, to ne eyes it looked like a cylinder or L shape wise. Then I grabbed an older Samsung Camera which has 35 X Optimization and snapped a few pictures. It was difficult at first because the object was bot standing still and I am new to using that camera. Once I snapped a few good pics I realized the objext was shapped more like a triangle.

As I zoomed in then I realized it was shaped exactly like the letter A. Eventually, It started to move eastward in a floating somewhat erratic style. I eventually lost sight of it as it went over the mountains. There was a couple next to me also taking pictures on their cell phone. I didn’t get to talk to him as the male was conducting a real estate deal on the phone in spanish as he was snapping pictures with what I presume to be his wifes phone. The object did seem high in the sky and became more so as it traveled eastward. The object definitely felt like it was out of this world type stuff. I’m more in awe with how it was moving/floating/turning etc. It was an amazing experience.