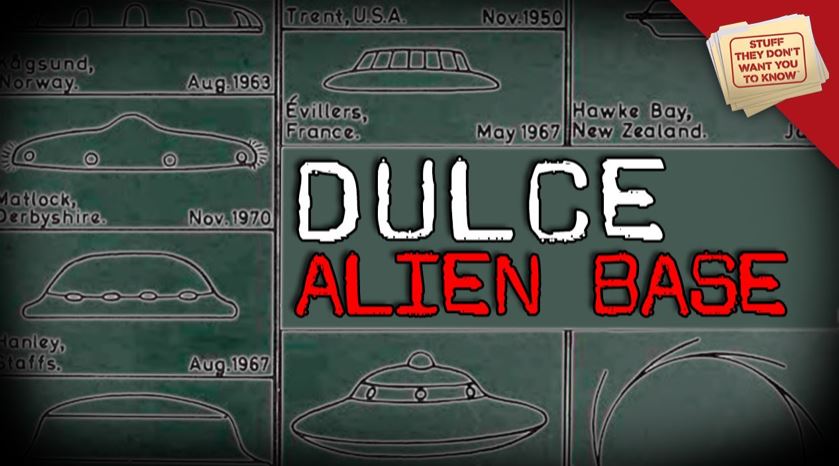 I recently decided to update information referencing the supposed joint government / alien underground facility in Dulce, New Mexico. Not much has changed over the past few years…but there has been a scattering of nuances worth adding to the mix:

Phil Schneider, supposedly one of three people who survived the 1979 Dulce firefight between the large Greys, US intelligence and military at the Dulce underground base, was found dead on January 1996, due to what was said to be an execution style murder. He was found dead in his apartment with a piano wire wrapped around his neck. According to some sources, it appeared that he repeatedly suffered torture before he was finally killed. You can read his story here – The Mysterious Life and Death of Philip Schneider. There have been numerous questions surrounding Schneider, in particular his motives and state of mind. Seven months prior to his death, he stated the following during a lecture:  I have helped build two main bases in the United States that have some significance as far as what is called the New World Order. The first base is the one at Dulce, New Mexico.”

“Back in 1954, under the Eisenhower administration, the federal government decided to circumvent the Constitution of the United States and form a treaty with alien entities. It was called the 1954 Greada Treaty, which basically made the agreement that the aliens involved could take a few cows and test their implanting techniques on a few human beings, but that they had to give details about the people involved. An insider’s account of the treaty meeting is posted here – President Eisenhower’s Close Encounter at Holloman AFB. Slowly, the aliens altered the bargain until they decided they wouldn’t abide by it at all. Back in 1979, this was the reality, and the fire-fight at Dulce occurred quite by accident. I was involved in building an addition to the deep underground military base at Dulce, which is probably the deepest base. It goes down seven levels and over 2.5 miles deep. At that particular time, we had drilled four distinct holes in the desert, and we were going to link them together and blow out large sections at a time. My job was to go down the holes and check the rock samples, and recommend the explosive to deal with the particular rock. As I was headed down there, we found ourselves amidst a large cavern that was full of outer-space aliens, otherwise known as large Greys. I shot two of them. At that time, there were 30 people down there. About 40 more came down after this started, and all of them got killed. We had surprised a whole underground base of existing aliens. Later, we found out that they had been living on our planet for a long time, perhaps a million years. This could explain a lot of what is behind the theory of ancient astronauts.”

What was the Dulce firefight, really? From information I have gathered, in 1979, a Grey was giving a lecture to an unknown determined number of scientists. During the lecture, a security officer came into the area with a sidearm on his belt. It was strictly forbidden to carry any weapons of any kind anywhere in the vicinity of the Greys. The security officer was instantly killed by the Grey. Other security personnel, witnessing what was happening in that room on the security cameras, came to retaliate. The Grey, according to the information, allegedly killed everybody. The manner in which the Grey killed these people has not been disclosed but was noted that the cause of deaths were ‘head wounds’. The approximate number killed was just over 60 scientists and security.