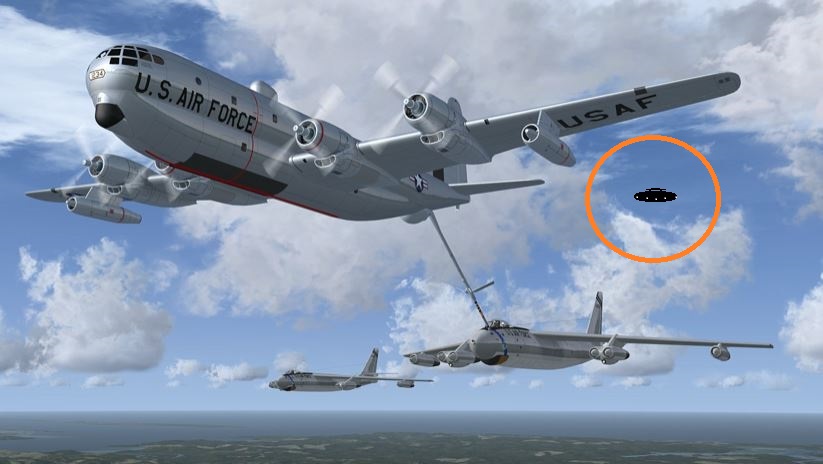 Back in 1956, when the two nuclear superpowers, the United States and the Union of Soviet Socialist Republics, were vying one with another for political hegemony among the nonaligned countries of the world, a lone Boeing B-47 Sratojet Bomber took off from MacDill Air Force Base, about four miles outside of Tampa, Florida, bound for the Ben Guerir Air Base in Morocco, a nation in northwest Africa. En route to Morocco, and during the last leg of a long flight, the bomber was scheduled for some refuels from an airborne tanker deployed out over the Mediterranean Sea. However, after its successful first refueling, the aircraft descended through a thick cloud bank to initiate its second refueling at an altitude of 14,000 feet. The Stratojet, however, never made contact with the tanker for the second refuel. In fact, it went completely off the communications and radar grids. Despite intensive Air Force and North Atlantic Treaty Organization searches and investigations, neither hide nor hair of the aircraft ever turned up. There were two nuclear payloads aboard that bomber, so the disappearance of the aircraft along with its highly trained and specialized crew has remained one of the most worrisome cases on record.

Spanish UFO clubs were chronicling numerous reports of flying saucers and a huge mothership passing across northwest Africa from Morocco to Central Libya during the time that the Air Force bomber had vanished. It also seems that extraterrestrials have shown an interest in the varied activities taking place at MacDill Air Force Base. As early as 1 August 1946, the pilot and crew of a C-47 aircraft reported a “cigar-shaped object with luminous portholes” flying over the then Tampa Army Air Corps airfield. Numerous reports of mysterious aerial objects have accumulated in the files of local UFO groups in the Tampa area over the years. During the 1950s and 1960s, UFO reports especially intensified when MacDill was designated as a Strategic Air Command installation for deployment of the B-47 Stratojet bombers.

In September 2010, an unusual press conference was convened in Washington, D.C. At this conference, a prominent UFO researcher Robert Hastings and a half-dozen or so former United States military airmen asserted that, “The U.S. Air Force is lying about the national security implications of unidentified aerial objects at nuclear bases and we can prove it.” The military personnel maintained that since the mid-1940s, extraterrestrials in spaceships have not only been visiting Earth but hovering over British and American nuclear missile sites and temporarily deactivating the weapons.

Ufologist Hastings, the organizer of the conference, emphatically declared, “I believe — these gentlemen believe — that this planet is being visited by beings from another world, who for whatever reason have taken an interest in the nuclear arms race.” The UFO expert insists that a global conspiracy exists in which all major governments have been covering up evidence of UFOs for decades.  NOTE: The above image is CGI.