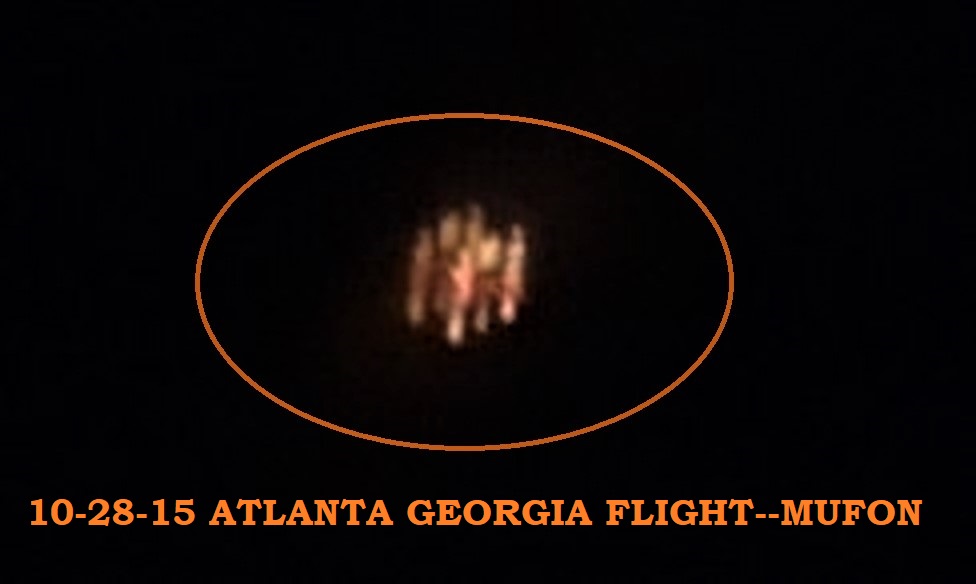 When I moved to Atlanta in October 2015 my dad stayed for two days as he then headed back. While he was flying after a storm had ended he spotted a bright object in the sky. He was flying around 30,000 feet. Wanting to test his new iPhone 8 that he had he took a picture of the star. He stayed in Atlanta for several days but after six days of taking the photo he zoomed in it to realize it wasnt what he thought it was. He sent me the live picture of the UFO and if you see the picture it looks like a castle like ship where the tower like structures were spinning. The red ‘ribbon’ was moving or flying around the ship. My dad was flying around 30,000 feet and it seemed like it was about 35,000 feet above the plane. My dad knows that we’re not alone but still was a skeptic till he saw this and after I saw the live trippy picture he still can’t find a way to call it ours. Reminder: my dad witnessed this but asked me to submit this. I too have witnessed many anomalous events as well.