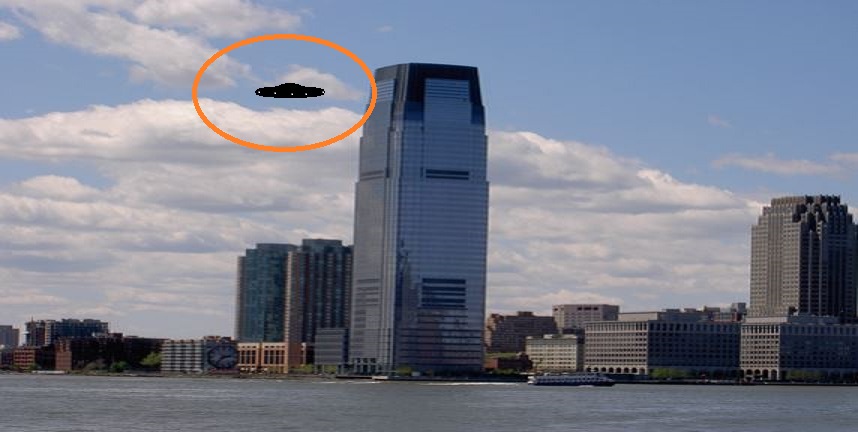 I was standing near a busy train station in Jersey City  when I noticed what appeared to be a black saucer shaped disc flying slowly around the Goldman Sachs building on the Hudson River. At first, the two people I was with saw the object also. They beloved it was just a drone. I decided to walk a little closer to observe the object more and left my friends behind. The plaza I was standing in was packed with people. Its a Saturday afternoon and we are standing across the river from the World Trade Center. Lots of Helicopters and Commercial aircraft flying into nearby Newark Airport. A storm was also blowing in at the time with dark clouds and gusty winds. Anyway after some time, I watched the object slowly ascend up ito the clouds and disappear. Please note that this object was flying around a large area. I observed it fly over the Hudson and back over Jersey City. It just appeared to be too high in the sky to be a drone, but also, it was effected by the wind either.  NOTE: The above image is CGI.