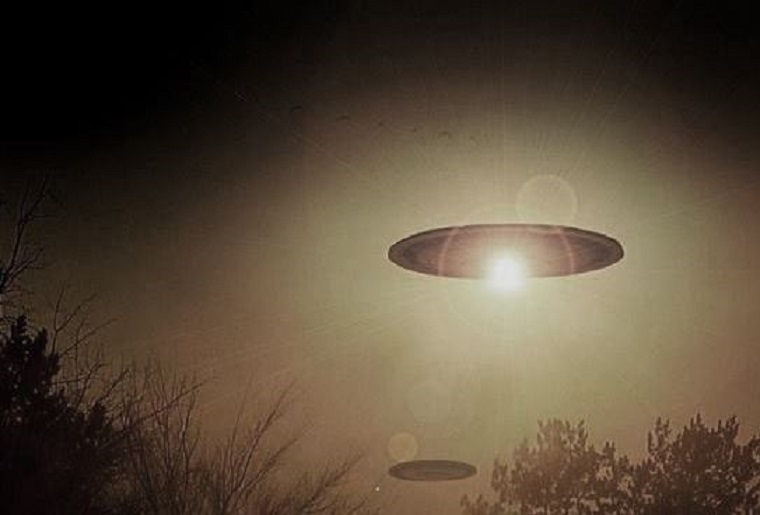 On Saturday, 18 December 1971, Francisco Franco was spending some days with his family at Mudela Castle in Viso del Marques (Ciudad Real) when four unidentified flying objects hovered above the palatial residence. The Spanish “caudillo” was about to perform a minor electrical repair, consisting of fixing a plug, but he was sabotaged by aliens who left him in the dark (perhaps they were red, that is to say, from Mars).

The mind-bending story that appears below was collected in the book Franco Top Secret (published by Temas de Hoy) by José Lesta and Miguel Pedrero. According to the project, this near-close encounter of the third kind occurred thus:

Franco, accompanied by his wife Carmen Polo and his son-in-law, the Marquis of Villaverde and other guests, was relaxing and shooting game at the place where La Mancha meets Andalucía. Protecting the dictator, his friends and guests were members of the 6th Guardia Civil Company, guarding Mudela Castle, provisional residence of the Franco family. Armed officers were stationed at four different points. In the event of an attack, a secondary protective ring had been set up with other members of the armed forces. Half of the state police was looking out for their leader’s safety.

The busy dinner party turned into a lively social gathering that lasted until eleven o’clock in the evening. At that time, Isidro Pradas Toledo, the estate manager, left the palace to head home, some hundred meters from the building. Something strange appeared in the sky (as he recounted to author J.J. Benítez).

“…suddenly, as I walked home, I saw that thing. Four lights. The flew overhead, slowly and not too high up. They were silent, flying in perfect formation. Two in front, two in back. The space between them wasn’t too large. They glowed intensely, with a significant white light. I stared at them, stunned. They went by slowly, unhurried, heading toward Almagro. I saw them drop around the farm we call Casa Lato, and then they vanished. Fifteen minutes later, I returned to the castle, rather troubled. I recall remarking about it with the Caudillo’s driver and to Federico Pajares, the engineer. They were playing cards, but apparently no one had seen a thing. Then something strange happened. Franco had requested an electrician, as his bedroom’s overhead light had just blown out. Equipped with my tools I went up to General Franco’s rooms. Mrs. Franco was in bed, reading. Franco asked me for a screwdriver and tried to loosen the outlet’s faceplate. He wasn’t able. I asked him to let me try, and I couldn’t do it either. Then the lights went out. To tell you the truth, the blackout never made any sense to me. In the end, the Caudillo put his arm around my shoulder and said: “We’re quite the experts!”     NOTE: The above image is CGI.