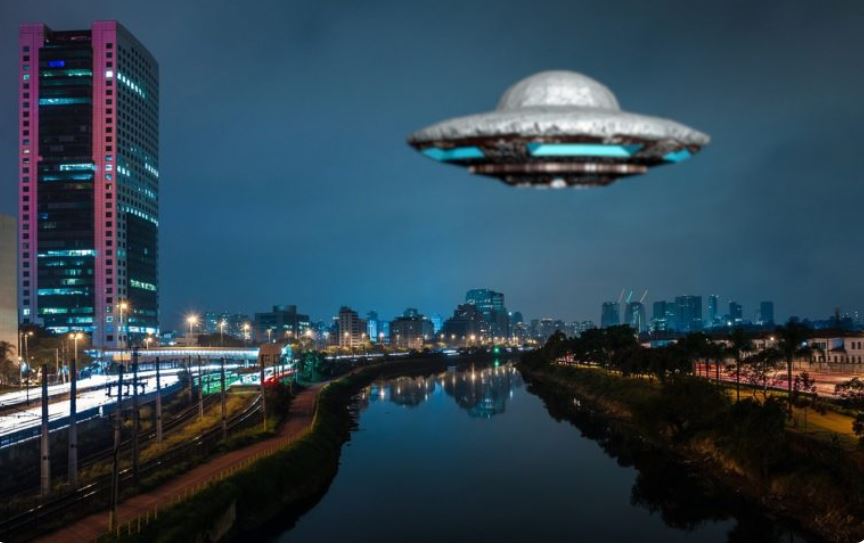 In the early hours of 6th May 1994, an anonymous, but experienced airline pilot, was returning to Sao Paulo from Rio de Janeiro where he and his colleagues had attended a flight simulation course. It was a little after 3 am, and he was dozing in the back of the chauffeur-driven car. With him were three other airline staff, one of whom was also the pilot’s girlfriend. It was she who shook the witness from his doze to look out of the passenger window. There, she would point out a strange light in the sky. What’s more, this light had been following their car for some time.    As the pair watched they could clearly see the bizarre red glow keeping pace with their vehicle, which itself was traveling at a considerable speed. Occasionally it would move in a strange zig-zag motion but never lost ground on their car. Then, the mysterious glow began to change colors. It would change from red to a bright yellow color. And then to white, then green, then blue.  As their vehicle began to come to a stop, it would appear the strange light did too. It remained at the same relative position to them, suggesting it too had slowed down. By now, the car was beginning to merge with more traffic on the road. Many road users, however, had pulled their vehicles to the side of the highway and were now stood outside of them, also aware of the strange glow above. The witness would estimate the glow to be around a mile away from them and approximately 3,000 feet altitude. By the time their driver had pulled their car to the side of the road and the witness stepped outside, it was much closer.

A Vibration Coming Up From The Ground!

One of the first things he noticed upon stepping out of the car was a distinct lack of sound from the now much closer glowing light. This dispelled any lingering notion that it might simply be a helicopter. As would the strange “domed” shape of the object, which was now clearer after closer inspection under the dimmed but still changing light.  Apart from a lone car that would continue moving past the spectacle, there was a strange silence around the area. The witness began to walk closer to the object, now annoyed that he had used all of the film in the camera he had in his luggage. His girlfriend walked to where he stood and both of them looked up in awe at the large, silent craft above them.  Then, without any warning “a few flashes of multicolor lights” began to spark. At the same time, the bottom of the craft began to glow a “bluish-green” color. Slowly, the craft began to move upwards and away from the crowd of onlookers. As it did so, a strange “vibration” ran through the witness’s body, as if it had come up from the ground. Also during this time, he could hear a “low pitch humming” noise. The magnificent blend of colors returned to the object. And then, it began to move extremely quickly, altering its course several times. Then, it was gone.  The witness would claim, interestingly or not, to have the remains of an ionization smell in his nostrils. And a “taste of metal” in his mouth.

All Reports Ignored To “Every Possible Government Agency!”

With the display apparently over, people began to return to their vehicles and slowly continued their respective journeys. The pilot and his girlfriend did also. They would continue to a restaurant at a truck stop several miles down the road to purchase a cup of coffee. Many others had seemingly done likewise, very likely still contemplating just what they had just witnessed. As they spoke politely to some of the other witnesses in the car park areas before returning to their vehicles, it would appear, at least to those who were local to the area, that such sightings were a regular occurrence in the region.  Also of interest, the chauffeur of the vehicle, who had remained in the car throughout, explained to the witness that while the object hovered, the car radio turned to complete static and white noise. This is something that often comes up in UFO reports. Many witnesses speak of interference with radios, televisions, and all manner of electrical devices.  The witness, himself, would report the sighting to “every possible government agency”. However, he didn’t receive a reply or an offer to investigate from any department. He would claim that in his three decades as a pilot and control-tower operator he had “heard many UFO stories”. This, however, was the first time he had seen one with his own eyes.  NOTE: The above image is CGI.