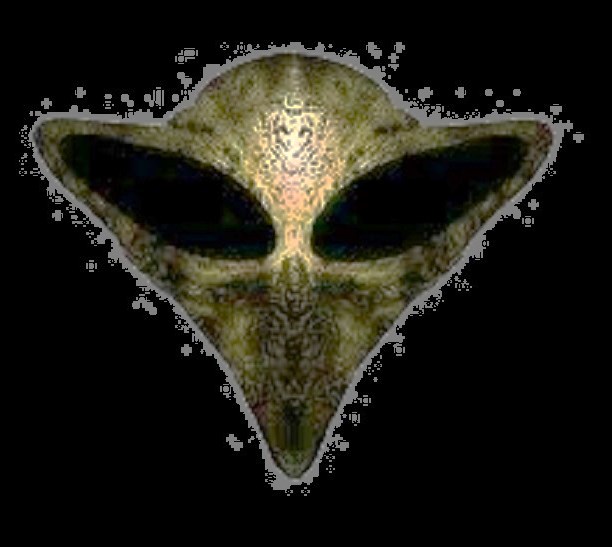 Fly fishing on the Musconetcong River in New Jersey with my boss, I saw briefly what I could only describe as “a Praying Mantis Man”.
Although the water was clear, there had been heavy rains the past couple of days. We should not have been out there; the river was “smooth” but the current was exceptionally strong. I was leaning backwards and digging my heels into the the gravel but the river was still kicking me along pretty good. Sketchy navigating.
Please know, I am “privy to the paranormal” and always have been. Shadow people, ghosts, whatever. But what I encountered that day was not Spirit. It was a “biological”, living creature. But it disappeared into thin air almost as soon as I saw it. For whatever reason, my searches at the time turned up nothing. But then by chance I came across an ‘Alien Race’ type video on Youtube and there in the artwork I saw what I saw: “Ancient Mantis Leaders”. So when I began searching “Mantis Alien” instead of “Praying Mantis Man”, I found a lot more.
They say they are “Inter-dimensional”, whatever that means, but I did not get that impression. No, this creature was cloaked and because of both my inate sensory perception skills and the particular physical circumstances at the time, (important), –I can add details if you are interested– I just “Caught it”. Movement out of the corner of my eye to my left and there it was—
Humanoid. Tall. 6 foot at least –no reference points– but I sense 6’6″ – 7′. Moving away from me back up the bank. (I am chest-high in the river) The first thing I see was the ‘grasshopper’ thigh, but bending forward like a human. Then the whole form. He is looking at me over his shoulder, moving up the bank, astonished, amazed. What, that I am in the water in a strong current, that I can see him? But yes we lock eyes and this creature is astonished– I get the sense that he can’t believe I am in the water, that he can’t believe I have seen him, that I am not perturbed at all– something of all three, I still don’t know– just astonishment and he is actually trying to get away from me and the water!
Triangular Head. Huge, slanted black eyes. Just like a Praying Mantis. It’s whole body was gangly, nobby, ((Nobby!) but you could still sense it was powerful, and no– I would not say it was a “Big Bug”– it was definitely humanoid despite the mantis/insect qualities…
No, I did not tell my boss about this, who was in the water too about fifty yards behind me at the time. Being “privy to the paranormal” you just see these things and sort of go “okay”. No fear, no nothing– but I do get the sense that my “whatever” attitude contributed to this creature’s astonishment. Frankly, I didn’t give the encounter much though until recently.
I can forward more details. I just believe now that this encounter was somehow very important. NOTE: The above image is a rendering.

KEN PFEIFER WORLD UFO PHOTOS   ……………  Thanks to Phantoms and Monsters