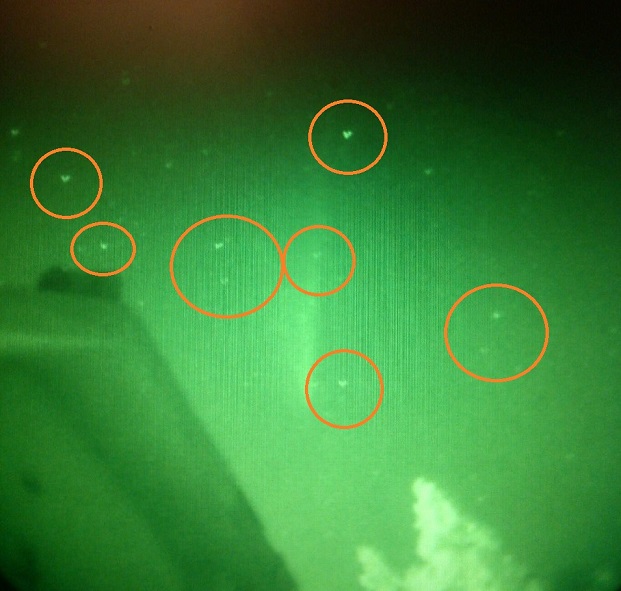 I was with 2/6 Marines conducting combat operations in support of OIF in 2008. Upon returning to Camp Baharia after our patrol around 2300, I took a shower and went to my hooch. After hearing many Marines outside I stepped out to see what was going on. There were 15+ Marines outside with Night Vision Goggles telling me to go get mine and look at what they were seeing. I went and grabbed my NVGs and I saw 4-5 objects in the sky that were pulling some incredible maneuvers. At first I knew they were not stars, satellites, planets, aircraft etc… I am not an expert but I do have enough knowledge about aviation to know that these were like nothing I’ve ever seen. The only thing I could think of were maybe they were bugs reflecting off our NVGs [ night vision goggles ] If they were bugs, why did 15+ Marines who were standing in different locations see the same 4-5 object for 1+ hours? That leads me to believe it was not insects. These objects were performing 90 degree maneuvers and zig zagging all over the sky. They would come together, get brighter, then pull away. At the end of the encounter all the objects came together, got brighter, then sped away as 1 object. A fellow Marine took a picture through his NVGs. The picture does not do the encounter justice but can show the objects we did see in still motion. I can provide many witnesses to this event and would be happy to talk to a MUFON investigator about our encounter.