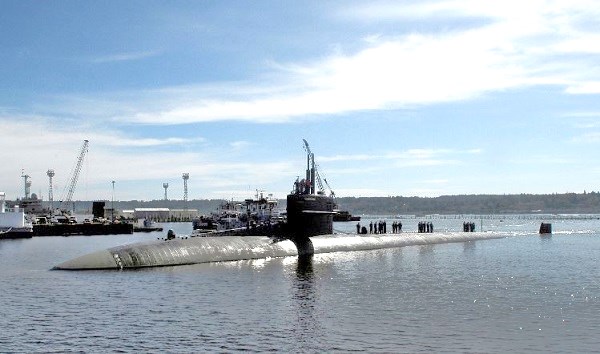 A sailor reports about the UFO sighting he had while in the Navy. “I was assigned to USS Memphis (SSN-698), Homeport – Titusville, FL. (Cape Canaveral.) Our mission was Special Assignments which meant we protected the Space Program. We would go to sea and patrol while the shuttle was on the pad. Nine years ago, on October 24 and 25, my ship was on patrol about 150 miles of the Florida coast. We were cruising at about 500 feet when the submarine started experiencing electronics problems. The ship was malfunctioning, our tanks were blowing out of control, we were losing navigation ability and the communications area was totally lost. We went to all stop and tried to access what was happening. The controls in the reactor area started to malfunction. This presented a serious danger to our safety, so the captain ordered us to shut down the reactor, surface and go to diesel motors. When the ship surfaced I went to my watch station. The ship was still experiencing electronic difficulties but the mechanical devices such as diesel engines, cook stoves, and turbines were fine. It was raining and the entire sky was red like a red neon sign. I saw a large inverted V-shaped UFO off the port side. 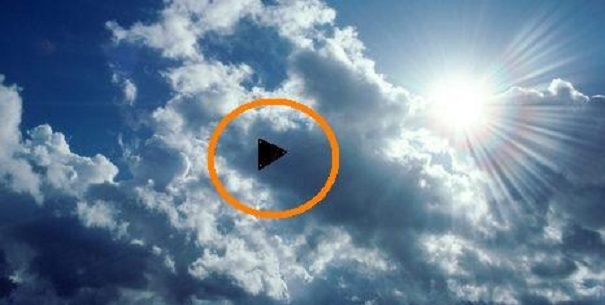 The executive officer told me to stand fast and he would speak to the captain. In a minute, the captain appeared on the tower and asked me for a distance to the craft. The laser range finder determined the closest point was 200 meters and the farthest point was 1,000 meters off the port. The UFO was not perpendicular to our ship but at about a 45′ angle. This huge vessel was over a half mile across. The UFO made a half circle around our ship then passed across the stern causing our electronics systems to go crazy. We had permanent damage in communications and the sonar room. As the craft flew over the stern, I could see the rain stop under its red glow. The water seemed to rise almost a foot as the UFO passed over silently. When the UFO finished its swing across the stern it paused – the sky got brighter red and it simply moved off at tremendous speed inside 15 seconds. When the UFO left our boat returned to normal with the exception of the radio and sonar. We did a quick system check and the captain ordered us to return to reactor power and get underway.
The captain took two petty officers, the executive officer, and myself into the wardroom. He told us to not spread any rumors until we had a chance to talk to Commander Submarine Fleet – Atlantic. We reached port in about 7 hours where I was taken into “protective custody.” Two enlisted men and myself agreed we had witnessed a real UFO. I was the one who shot it with a laser range finder so I was the only one that had its exact sizes. I shot that vessel as it hovered and I got solid readings not spotty like I would on debris. We were in holding for about three hours when an officer from the Air Force arrived and gave us a line of bull about an exploding weather satellite. The Navy then transferred virtually everyone on the crew to new assignments. This included the her captain, the executive officer and the entire crew. They were split up which almost never happens unless one of them gets a promotion or a new command, neither of which happened. The military just split up a 4 year team. I was watching a program tonight that gave me the courage to share it.   NOTE: The above UFO image is a rendering,