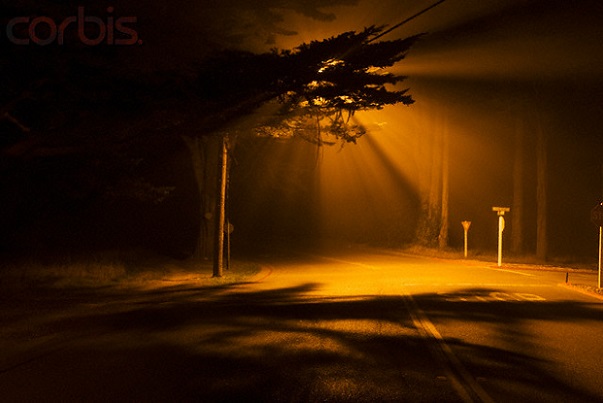 A woman contacted me and asked to meet with me locally in order to tell me about a very strange happening in her life about 22 years ago in the mid 1980’s. This woman was teaching in a night course in a local college at the time. Her class ended around 9pm each night. She would leave the college campus located in the Farmingdale area of Long Island and drive home the exact same way each night. It would take her about 10 minutes to arrive home. She followed this routine without deviation arriving home by about 9:15 pm. One night this woman recalls following her normal after class routine. She recalls the entire night up to the point of the nights drive home. She remembers she was about to take one of her last turns towards home, which was a rather deserted stretch of road, before hitting the last main road towards his house. Her memory fails her from this point on. Her husband started to become concerned as he waited for her that night as 10pm; then 10:30 pm came and went without any sign of his wife returning home on time. At this point he got in his car and followed the path his wife took home each night from the college. She was nowhere to be found. Concerned he returned home. He decided to wait another hour before calling the police. The woman told me that the next thing she recalls about that night is driving down the road towards home and then waking up slumped over in her car. She found herself lying across her front seat, groggy and disoriented. When she sat up and looked around she had no idea where she was. She knew it was a deserted parking lot of some kind but did not recognize it. She started her car and drove out of the lot and followed the roads until she found a main road. When she started to drive she found signs that told her she was in Far Rockaway, close to New York City, about an hour and a half away from her home. She had never been to Far Rockaway before and had to drive around until she found a highway she knew to drive back towards her hometown on Long Island. This woman told me she arrived home about midnight terrified and confused. She told her husband what had happened. She then began to vomit and feel faint. Her husband helped her to bed and noticed she had a bright red rash on her arm. She fell into bed and went into a deep sleep. The next day she woke up feeling ill and shaken. Her stomach hurt, her head hurt and she was frightened. Her husband searched the car and found what looked like something had sandpapered the back trunk section of the cars paint. He also thought the car had a very sour chemical smell inside. The woman has no recall of what happened to her that night. She knows she did nothing but try to drive home and that something interfered with her journey. To this day she has no idea what happened to her or her car that night. I found her to be a very intelligent rational woman and cannot offer her an explanation other than it fits into many other stories I have heard concerning lost time in our area.

I found a man who like this woman had a similar event happen to him in one of the coastal towns of Long Island. He lived in the Islip area of Long Island that runs along the south shore coast. It is a lovely small town filled with a Main Street, schools and people living along tree lined streets. Two state parks, the coast, which runs out to the Atlantic Ocean, and a river that runs into the interior of Long Island border this area of Long Island. I always considered it a paranormal heaven as it provides a perfect set up for entry into the population yet offers cover by way of the surrounding parks and waterways. I was not surprised to find this the location of this poor mans ordeal. The man, a perfectly normal man in his early forties was driving to his house one night in 2001. He arrived on his street and was nearly home when he noticed a cloud like bright fog ahead of him. Before he knew what was happening this fog seemed to surround his car. He stopped his vehicle to find four small beings standing in front of his car. He described them as silver gray small human like creatures with huge eyes. He has no other memory of what happened after that. He does have an extreme terror about the night that has him living with fear and trauma. The man next found himself a few hours later in the town of Lake Ronkonkoma, which is located in the middle of Long Island, about 30 minutes by car away from his street. He has no idea how he or his car got there. All he can recall is waking up on a strange street in a wooded section of Lake Ronkonkoma. He was not familiar with the area and needed to drive around for a while to figure out where he was. Eventually he found a main highway and was able to return back to his street and home. When the man arrived at his house he felt ill and exhausted and fell sound asleep until late in the morning the next day. When he awoke he had a pounding headache and backache. He also found a strange rash across his back. He checked over his car and found the paint burned on his hood. This man does not know what happened that night. He is extremely terrified by this incident and does not want his identity known. He is fearful of the area and moved to another town. He does not want to discuss this night and does not want to undergo any type of regression to bring up the memory of what happened during the missing hours. NOTE: The above image is a rendering.

Thanks to Chris Holly, Endless Journey and the Knight Zone  and www.ufocasebook.com