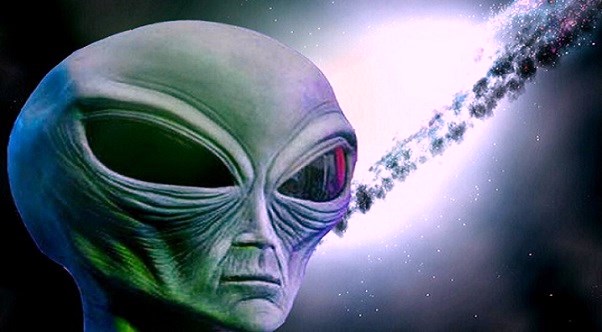 CANADA TO EXPOSE ALIEN COLLABORATION WITH THE UNITED STATES

WASHINGTON — Why is Lester Pearson’s 89-year-old former minister of defence coming to Washington next week to testify as to the existence — and multiple visits to Earth — of little green men (not to mention tall white dudes) from outer space? “Because this is the third most important issue facing humankind after global warming and changing the monetary system,” Paul Hellyer says. It is the eve of what is being billed as “the Citizen Hearing on Disclosure of an Extraterrestrial Presence Engaging the Human Race.” Hellyer, the former Liberal, Tory and independent MP who first sat in Parliament in 1949, will be arguing — hardly for the first time — that, as he tells me by phone from his home in Toronto, not only has ET been here, “there are more than one species, in fact there are several species. “There has been collaboration between one or more of them with the U.S. government and the U.S. defence department. They’ve been sharing technology, some of which they wouldn’t want the public to know about. Not only anti-gravity machines, but also diabolical weapons — so many things that will affect the future of humankind.” Why didn’t you ask them about this when you were minister of national defence? I ask. “I’d never heard about this at that time,” he answers. Alien intelligence, Hellyer says, “is like a scroll that opens up in both directions; it has no end, it goes on and on. There are people from other dimensions, too, and a lot of them have visited Earth and they still do. Some of them look very much like us. The species we call the Tall Whites have been seen shopping in Las Vegas.” Hellyer is not alone in his certainty that we are not alone. Last month, a polling firm in North Carolina sampled 1,000 Americans and discovered 21 per cent agree a UFO crash at Roswell, N.M., in 1947 was covered up by the U. S. government, and 29 per cent concur with the proposition that “aliens exist.” (When asked, “Do you believe that shape-shifting reptilian people control our world by taking on human form and gaining political power to manipulate our societies, or not?” only 88 per cent said they do not.) The Citizen Hearing on Disclosure etc., is going to occupy five full days at the National Press Club. Hellyer and dozens of other witnesses will present their opinions and their evidence to five former members of the House of Representatives plus ex-senator Mike Gravel of Alaska, the iconoclast Democrat who made a bid for the White House in 2008 but whose support never exceeded what the experts call “statistical zero.” Gravel, who is 83 and the son of emigrant Quebecers — “I have more relatives in Canada than in the United States, but they’re dying”– promises his role in the hearing will be that of an impartial auditor. “From my point of view,” he reasons from his home in California, “the number of UFO sightings would indicate that, even if the numbers are exaggerated, they should be examined and reported to the public. France, Canada and a few of the others have revealed all the information that they have — the exception to this rule is the U.S. government. This canard that the American public would panic if there was anything proven is ridiculous. The people are mature, they understand that there are many facets of life that are unexplainable.” “Are there little green men? We’ll see what the testimony is.” What would change in our lives if they really do exist? I ask Gravel. “Nothing,” he replies. “Nothing. People would be satisfied that there are unexplained events, but that’s not unusual. The whole belief in God is empirically unproven, yet we accept that.” Both Gravel and Hellyer agree the United Nations should be involved in any further venture into intergalactic affairs. This path has been trodden before. In 1978, prime minister Eric Gairy of Grenada beseeched the UN General Assembly, “Why should man be precluded from information on UFOs, a matter of great interest and importance to man?” While Gairy was meeting with secretary general Kurt Waldheim in New York, he was overthrown by a leftist coup at home. Hellyer does not believe that proof of extraterrestrial visitation would provoke, as Gravel says, “nothing.” “The ramifications are just enormous,” Hellyer affirms. “The question is, what’s the end game as far as the people are concerned who have the knowledge and are doing the engineering and building the machines that the aliens showed them that will blow your mind away? If the United States is doing these things, then Russia and China know about it and are doing the same thing. These are big issues, especially when people are starving.” Have the aliens conquered death? I wonder. “Some of the species live 900 years,” Hellyer replies. “If you read about Methuselah in the Bible, there might have been some around then. Personally, I have no desire to live 900 years. I have no desire to even live one hundred.” If you do make it to 100, will you run for your old seat in Parliament? I ask the seeker of truths. “Funny you should ask,” Hellyer says. “In one of my dreams recently, I saw myself dabbling in politics again. When I woke up, I realized that I’m really too old for that kind of strenuous living.” Allen Abel is a Brooklyn-born Canadian journalist based in Washington, D.C. Republished from the Winnipeg Free Press print edition April 27, 2013.  NOTE: The above image is a rendering.

Special thanks to Billy Booth, www.ufocasebook.com