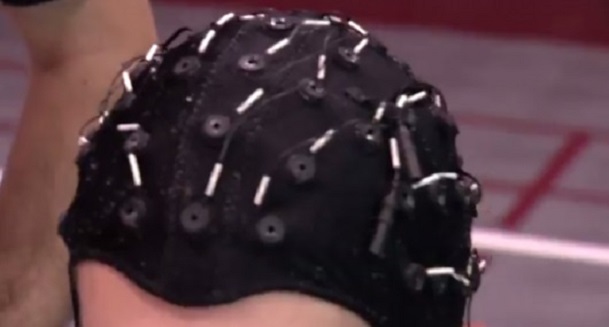 JUNE 2013…MIND CONTOL HAS BEEN CONQUERED BY OUR SCIENTIST

Researchers at the University of Minnesota have done away with all that tedious joystick work by developing a mind-controlled quadcopter. It may seem like the top item of next year’s Christmas list, but it also serves a very practical purpose. Using a skullcap fitted with a Brain Computer Interface (BCI), the University’s College of Science and Engineering hopes to develop ways for people suffering from paralysis or neurodegenerative diseases to employ thought to control wheelchairs and other devices. The aim of the Minnesota team led by biomedical engineering professor Bin He is to develop ways of developing thought-control devices that can work reliably at high speed, without the need for surgical implantation.

This means extensive real-world testing and, though spectacular, flying is actually a very simple activity in a three-dimensional environment without the complications of obstacles and terrain that a ground vehicle encounters. That’s one of the reason why it was possible to make a plane that flies on autopilot decades before a self-driving car was even considered. So for developing mind-controlled devices, something like a quadcopter is an inexpensive option because is it relatively easy to control the variables of the experiment. The quadcopter used was an AR Drone 1.0 built by Parrot SA of Paris, France. It is configured to fly with forward motion pre-set and the operator is able to use mind control to make it go left or right or up and down. A video camera mounted on the front provides a field of view pointing directly forward, an arrangement designed to promote a sense of embodiment in the operator and enhance feedback.  The key feature of the mind-controlled quadcopter was the non-invasive BCI skullcap. Invasive BCI are used for controlling robot limbs and have shown some success, but embedding these are a major surgical undertaking with risks of infection and rejection. Non-invasive versions can avoid these problems we’ve already seen projects that use this approach for controlling wheelchairs and robotic appendages. Even if the ultimate goal is an implanted interface, a non-invasive BCI can help in the process by allowing the patient to become familiar with a BCI before the procedure, especially for a progressive neurodegenerative disorder, such as amyotrophic lateral sclerosis, where early implantation isn’t warranted.

KEN’S NOTE:  Every once in a while I come across something truly amazing.  Could this be a spin-off of reverse engineering of alien craft.  Anything is possible these days.