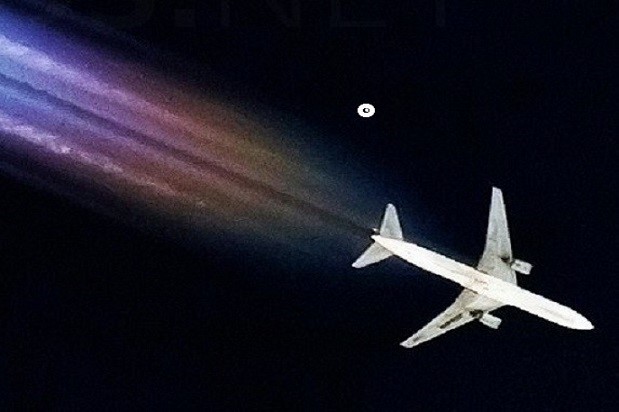 A witness in Clydebank, Scotland has reported sighting an alien craft dropping a probe, on 4 June 2013 at 9:05 PM. This report has been obtained from a testimony included in the database of UK UFO Sightings. The report was posted on 5 June, 2013. “I saw a plane take off from Glasgow Airport, from where I sit in the living room chair seeing the take-offs at this time of year is like a 5 – 10 minute occurrence.”  Right then I saw what looked like something black falling off the plane; it went downwards then turned and straightened out level. At that point I considered that perhaps it had been behind the plane at an angle to which my vision of it was obscured.  At this point I said “what the hell is that?” I pointed it out to my GF and told her to keep an eye on it as I grabbed my binoculars.  On looking through the binoculars I could clearly see it was no plane or copter; this thing was black and it had the classic saucer silhouette, it was difficult to keep it steady in the binoculars as it seemed to move at first very smoothly; then was more like random jumping and floating.  She quickly located it and said, “oh yes I see it that’s weird,” then she said “it seems to be hollow in the middle.” The best way I could describe it was to say that it looked like a car tire inner tube. The thing was traveling in the opposite direction from the plane at this point towards the west.  We kept watching it through the binoculars until it was basically a dot then finally disappeared. Also to note as it was moving it gave off bursts of green-yellow light as it was moving not constantly but as if it did this as it was using power to push itself along. This came from the direction it was traveling toward the west.  NOTE: The above image is a rendering.

2 thoughts on “UFO DISC SHADOWING A COMMERCIAL PLANE OVER SCOTLAND”