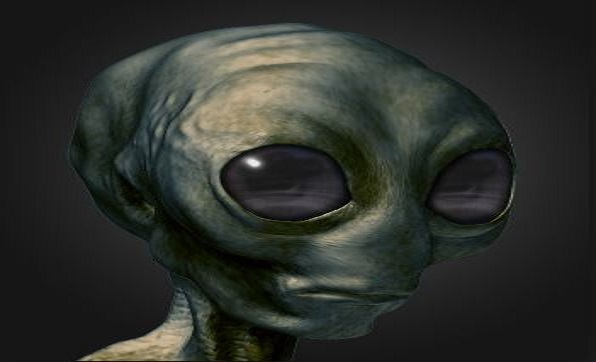 Investigator Evelyn Galson writes, “On February 5, 2004, George Filer and I went to talk to Ann Francis, and investigate more about her experiences. She was open and friendly and seemed very sincere. She revealed to us many things that her family had been experiencing. Ann Francis has had some college, she was also a member of Mensa for very high IQs. The society welcomes people from different walks of life whose IQ is in the top 2 % of the population. She left college and ended her studies because she wanted to get married, but is now planning to return and take classes in physics. When she was a young child she lived in Pennsville, N.J. on a dead end road surrounded by woods and a swamp. She was told never to go into the woods by her Mom. When she was three years old, she was taken out through the window of her bedroom by two beings. These beings looked like Pebbles and Bamm Bamm from the cartoon called The Flintstones. She was taken high above the trees, down below she saw a round ship on the ground with an opened hatch. Standing in the open hatch she saw a tall Gray with long arms and legs. She had, also, seen another ship just above the ship that was on the ground, but high in the sky. As she watched she saw trucks with canvas tops coming down the road she lived on. The beings that had her changed their appearance, they were now small Grays. They kept her just below tree level moving her in and out as if to hide her, they didn’t want her to be seen. She doesn’t know what happened in between this time period, it is a little unclear. The next thing she remembers is being dropped from above and falling onto her bed. (As an adult she realized the trucks were military vehicles.) When she was a young girl she had a game she played with her sister. She had the ability to locate people if she concentrated on them. Her sister would go in her room and Ann could tell her exactly were she was in the room at different times. This really made her sister nervous, because she couldn’t understand how she was doing it. Ann didn’t know how she did it either, just that she was able to do it. Ann’s grandparents lived in Glassboro, N.J. and she remembers playing in the backyard with neighborhood children and seeing small triangular shaped flying objects with lights and buttons on them and two handles on the front. She remembers that the children could fly and ride on them. They were young, so they didn’t question their ability to fly or where they came from.

NEW YORK – When Ann was older she was still having experiences while living in New York, she was taken up into a ship and was told by gray aliens to remember what she was seeing. Looking out the window of their ship, she could see into the windows of a huge craft that was right next to them and she could see people and Grays.

On another day, as she was walking in the city and passed a store window with a photo of Whitley Strieber, the author of “Communion,” she became very upset because she knew him, and remembers seeing him on one of the ships when she was taken. She wrote to him and told him about it. She said that she has seen humans on ships and they were working with the aliens. She remembers being taken to a desert like place in a valley, with Pueblo Indian type buildings. On the inside there were four sets of four cubic areas, the walls could close, but there was no ceiling on top of these cubic areas. There was a bed and a sink and a place to put things. She was shown a dining hall and bathrooms for men and another for women. The complex appeared to be a training base where people were being taught by the aliens. She remembers sitting at a curved panel, it had lights and small knobs on it. There was an oval object in the panel which she would place her hand on and move it around apparently learning to fly their craft. She knew this place was a Training Camp, and she was being trained as were the others but she didn’t know exactly what she was being trained for. She remembers hearing in her mind a comment by a Gray, that “They are training well.”

KENS NOTE:  I started investigating for George Filer and MUFON in 2006.  We have had a couple more alien abduction cases in the south Jersey area.  One in Glassboro and one in Camden New Jersey. There are sincere people who have had a very strange experience.  Dealing with the experience is the hardest part.  It seems that talking about it has helped in many ways.  Sometimes you are afraid to open up Pandoras box but sometimes it has to be done.  I applaud the witnesses who have had the courage to come forth with their abduction experiences.  NOTE: The above image is a rendering.

Special thanks to Filer Files WWW.NATIONALUFOCENTER.COM AND