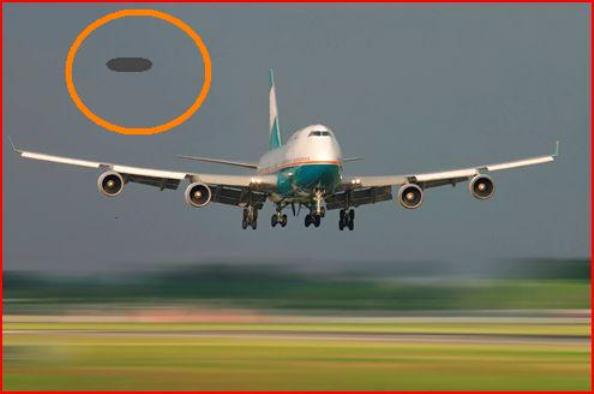 COMMERCIAL JET ALMOST CRASHES INTO A UFO OVER SCOTLAND

Pilot describes moment an Airbus with up to 220 people on board came dangerously close to crashing into ‘UFO’ as it came in to land. Plane narrowly avoided the ‘blue and yellow’ object at 3,500ft. Drama happened 13 miles outside Glasgow Airport. Nothing else was noticed on the radar at the time. Object passed beneath the plane before crew could avoid it. The plane was less than 10 seconds away from hitting the object as it flew over Baillieston on the outskirts of Glasgow at 3,500ft and prepared to land. Despite an extensive investigation, the UK Airprox Board – which investigates reports of near misses – was unable to identify the ‘blue and yellow’ object which passed below the Airbus 320. The pilot was clearly shocked and reported that there had been a ‘high’ risk of collision following the incident on December 2 last year. He told his control tower: ‘We just had something pass underneath us quite close. Have you got anything on in our area.’ They replied: ‘Negative. We’ve got nothing on radar and we’re not talking to any traffic either’Th e unidentified flying object passed directly beneath the plane before either of the crew had a chance to take action to avoid it. Both pilots described the object as ‘blue and yellow (or silver) in colour with a small frontal area but that it was “bigger than a balloon”.’ The airline involved has not been identified by the report authors. Several companies fly in Airbus 320 planes from the airport and they can seat up to 220 people – although the number of seats varies. Approach: The plane was 13 miles away from Glasgow Airport (pictured) when it came within seconds of colliding with the unidentified object. The report authors said they had not been able to work out what the object was. They wrote: ‘The controller stated that he was not talking to anyone else in that area and that nothing was seen on radar. Search action was taken with no result and the A320 pilot stated his intention to file an Airprox. ‘Additionally, a further detailed review of individual radar sources did not yield any conclusive radar data that matched the A320 pilot’s description of the encounter. Near miss: A diagram in the report which shows the pilot’s direction of travel and the unidentified object which is marked as ‘CPA 1246’  ‘The Air Traffic Control unit’s own radar replay also showed no surveillance traces in the immediate vicinity of the A320 at the time.’ Once on the ground the A320 pilot gave a further description of the event to the Glasgow Aerodrome Controller. The pilot said: ‘We seemed to only miss it by a couple of hundred feet it went directly beneath us – wherever we were when we called it in it was within about ten seconds; couldn’t tell what direction it was going but it went right underneath us.’  ‘Members were unable to reach a conclusion as to a likely candidate for the conflicting aircraft and it was therefore felt that the Board had insufficient information to determine a cause or risk.’  NOTE: The above image is a rendering.