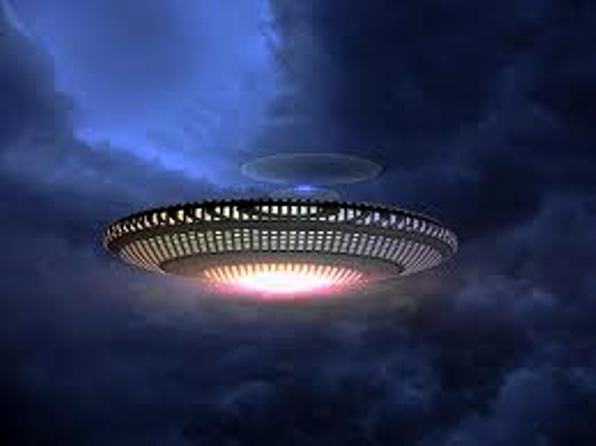 A dome-shaped UFO with portholes was seen in broad daylight by veteran pilot Floyd P. Hallstrom of Oxnard, California. Hallstrom had been flying for 37 years, 17½ as a Navy combat air crewman and personal crew chief to admirals, including the Commander-in-Chief of the Atlantic Fleet. Hallstrom had left Oxnard at about 12:35 p.m. in a Cessna 170A bound to San Diego via Los Angeles, following a friend, Jim Victor, who was delivering another plane to a customer at Brown Field, San Diego. The plan was for him to transport Victor back to Oxnard after the delivery. The two kept in touch by radio. As Hallstrom approached Santa Monica at 7,500 feet altitude, the sky was clear except for a smog layer in the vicinity of Los Angeles International Airport. “At this time I was looking for Jim straight ahead,” Hallstrom reported, “when I spotted [the UFO] just on the edge of the haze area above LAX [Los Angeles International Airport] slightly to the east side….I thought it was Jim so I watched it for about a minute because he had just given me his position report, but it seemed to get larger and coming toward me so I naturally realized that it wasn’t Jim….”I started looking to see what it was but I could see no wings on this aircraft although at this time I could see windows which appeared to be passenger windows in the aircraft. As it drew nearer though, I was able to determine that there were no wings or horizontal empennage assembly to the aircraft as a conventional aircraft….”
Hallstrom began wondering if it was some kind of helicopter, but it was approaching at high speed. As the UFO passed about 6,000 feet to his left, he was looking down on it an angle of about 30-45 degrees. Then the true form suddenly became clear to him. There were no rotors, no tail assembly.  “All of a sudden I was able to make out the complete form of a saucer shape or round object…I could see the dome, also very vividly clear, including all the windows….[I] observed it to be of a very bright metal…it was more of a nickel or highly polished chrome or stainless steel type of metal than aluminum because it had more of a mellow glow than [if] it was of the type finish on a high finish aluminum.”  About 16 to 20 evenly spaced windows were visible around the circumference of the dome, located just above the base. The dome appeared to be a perfect hemisphere about 20 feet in diameter resting on the base which was about 30 feet in diameter. The UFO continued on a course of about 310 degrees (opposite to Hallstrom’s course) with no sign of rotation, oscillation, pitch, roll, or yaw. Neither was there any sign of a propulsion system. The sun reflected off the dome as a bright spot as the UFO passed. After about a minute the object disappeared from view behind the Cessna. Hallstrom estimated its speed at about 650 m.p.h. He quickly took notes and made a sketch of the UFO.  Reaching for his radio microphone, he first called Jim Victor to report what he had seen. Then he notified various FAA authorities.  Hallstrom, who was shaken by the sighting, later had troubling dreams, mostly about UFOs and aliens. He had not taken the subject seriously up to this time, but the implications of what he had seen struck home to him. He later reported that the experience had altered his entire life.  NOTE: The above image is a rendering.