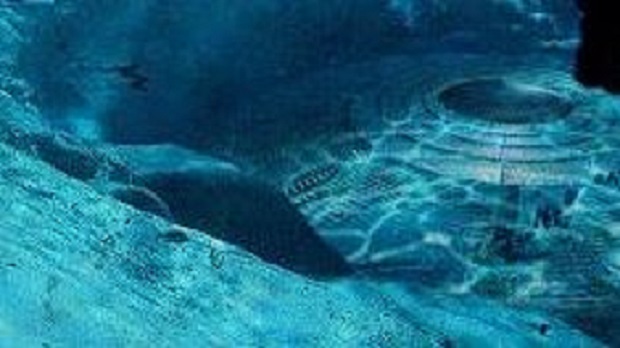 ALIEN CRAFT WITNESSED COMING OUT OF OCEAN IN CALIFORNIA

While driving home about 9:15 pm on March 18th 2013, I was heading South on PCH. I stopped in turn Lane at Latigo Canyon to make left and had to wait for oncoming traffic.  While I was waiting something caught my eye by the beach. I thought I saw a boat on fire. I then was able to turn. I pulled over as soon as possible and grabbed my cell, shut off car.  I was going to call 9-11 to report a fire, but then realized it wasn’t a boat.  I then proceeded to witness these bright round orbs coming up out of water, the first two went approximately 100 feet in the air then turned and came directly over me and continued into mountains.  The remaining seven once arriving at same altitude, heading north straight up coastline. I was in such shock it didn’t occur to me to start taking pictures until the first two were gone.  I was quite scared. I then began trying to video tape them, but my camera kept shutting off. I have many one minute and less videos and a few still pictures.  It seemed they changed or morphed into a bigger brighter orbs while changing color. As I was parked I started witnessing other cars pulling over and jumping out to record this event on their cell phones.  The two that went over my head seemed to be round orbs with a liquid looking plasma substance that was turning within it?  It’s hard to explain since I have never seen anything quite like it. I admit I started to panic when I realized they were coming straight towards me.  The second I realized they were not “spaceships” I felt calmer. I have no clue what these were and would love your experts to look at film.  I witnessed something that I cannot explain, and its driving me crazy. Thank you for having a place to report these sightings it took a while to find you, but I’m happy I told somebody finally.  NOTE: The above image is a rendering.