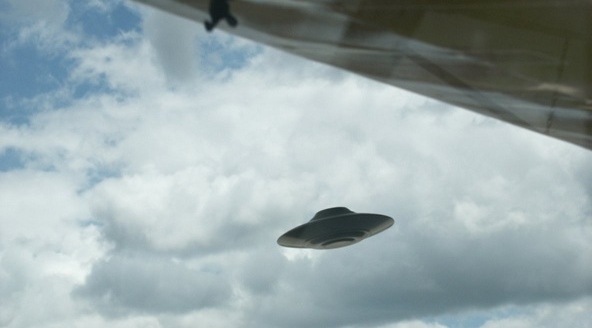 According to Major Donald Keyhoe, the Air Force admitted that UFOs are real. Keyhoe claims the Air Force came to the conclusion that one of the reasons for the Alien interest in humanity was our development of nuclear weapons.  Donald Edward Keyhoe (June 20, 1897 – November 29, 1988) was an American Marine Corps naval aviator,[2] writer of many aviation articles and stories in a variety of leading publications, and manager of the promotional tours of aviation pioneers, especially of Charles Lindbergh.  In the 1950s he became well-known as an UFO researcher, arguing that the U.S. Goverment should conduct appropriate research in UFO matters, and should release all its UFO files. Jerome Clark writes that “Keyhoe was widely regarded as the leader in the field” of ufology in the 1950s and early-to-mid 1960s…  Following Kenneth Arnold’s report of odd, fast-moving aerial objects in the summer of 1947, interest in “flying disks” and “flying saucers” was widespread, and Keyhoe followed the subject with some interest, though he was initially skeptical of any extraordinary answer to the UFO question.  For some time, True (a popular American men’s magazine) had been inquiring of officials as to the flying saucer question, with little to show for their efforts. In about May 1949, after the U.S. Air Force had released contradictory information about the saucers, editor Ken Purdy turned to Keyhoe, who had written for the magazine, but who also, importantly, had many friends and contacts in the military and the Pentagon.  After some investigation, Keyhoe became convinced that the flying saucers were real. As their forms, flight maneuvers, speeds and light technology was apparently far ahead of any nation’s developments, Keyhoe became convinced that they must be the products of unearthly intelligences, and that the U.S. government was trying to suppress the whole truth about the subject.  This conclusion was based especially on the response Keyhoe found when he quizzed various officials about flying saucers. He was told there was nothing to the subject, yet was simultaneously denied access to saucer-related documents.  Keyhoe’s article “Flying Saucers Are Real” appeared in the January, 1950 issue of True (published December 26, 1949) and caused a sensation.  Though such figures are always difficult to verify, Captain (U.S. Air Force), Edward J. Ruppelt, the first head of Project Blue Book, reported that “It is rumored among magazine publishers that Don Keyhoe’s article in True was one of the most widely read and widely discussed magazine articles in history.  Special thanks to UFO Casebook and Grantlawrence.blogspot  NOTE: The above image is a rendering.