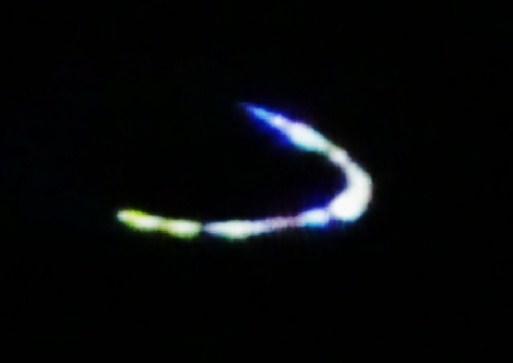 INCREDIBLE PHOTOS OF A CHEVRON ALIEN CRAFT OVER MICHIGAN

It was Dec 14th, a typical cold Michigan night. I came outside to meet a family member who was dropping off a down payment for a T-shirt order. I do costume Designs and while I stood outside waiting for them to pull up, I noticed a really fast object to my right darting by in the sky. I thought it was something like a shooting star but was not sure because it shot by so fast. It caught my attention and made me extremely alert and I immediately began to comb the night sky in search for anything strange or sudden movements. There wasn’t alot of stars visible that night but a few none the less, so as I was doing my observation, another object caught my eye and it appeared to be a bright star much more brighter then anything else in the night sky. I noticed it starting to flicker and make some slight movements and change colors from bright white to a darker blue then a reddish color. I was shocked and excited by my discover. I waited and watched this object another 2 mins before for my family members pulled up and I proceeded to observe this object as I walked from my front yard, where I was standing, to the drive way. I rushed into the house grabbed my video recorder and came back outside. This time I approached the drive way to get a better angle and clear shoot with my camera and then proceeded to start shooting as much as I could. I zoomed in closer on the object and I was able to witness something I never seen before in my life. This bright star had morphed from one bright light into two distinct points of light and two different colors and they started to make movements like two orbs colliding and dividing separating and joining again changing patterns and growing in size. I observed the erratic activity for several mins then something else stranger began to happen. 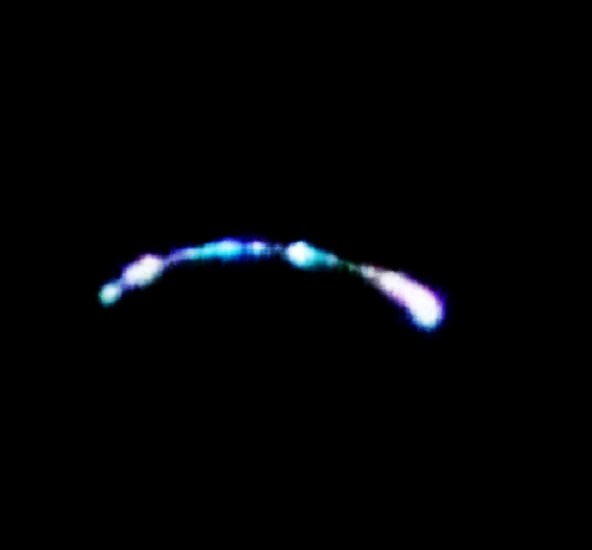 The one star or orb multiplexed and grew from two points of light to 3 then 4 then ultimately 8 to 12 different orbs was seen at one time or another. They increased in colors as the patterns and movements became more rapid and more complex in directions. They all seemed to move as one unit flashing and changing colors and and going from one to several at speeds of light they would move so fast and jump out of frame and then come back into my frame even when I tried to zoom out I could only see one object that appeared to be flickering then when I zoom in again it would start to build up and make more balls of light or multiply in size and grow bigger and became more evasive in this movements. I stayed and observed it for around 15 mins or so before the freezing cold forced me inside. I went inside to warm up and charged my battery and decided to go back outside after around 20 mins or so and captured similar activity in segments of 15 mins for a total of 40 mins to a hour. The object was visible around the 4th segment of me coming back out to capture more footage. It moved out the reach of my cam and I wasn’t able to record anymore. I’m attaching a few still shoots from the actual video footage. Let me know. I’m curious to have a expert analyze my recording and get some answers.