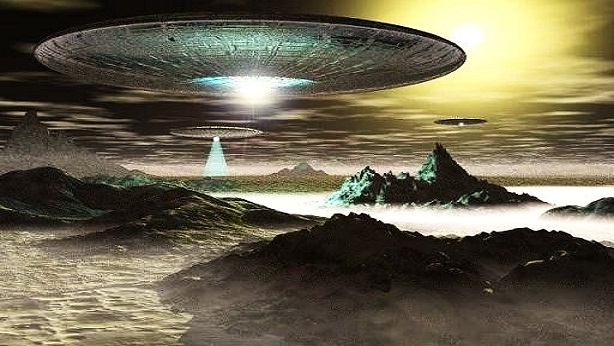 British Air Marshal Sir Victor Goddard was a very well respected figure, both before and during the Second World War. Indeed, in 1935 he became the British Air Ministry’s first Deputy Director of Intelligence.  Given Goddard’s standing, it is illuminating to note that he made a number of positive and highly-perceptive statements attesting to his belief in UFOs. He also made a number of intriguing comments suggesting that the UFO phenomenon was one somehow linked with what many would call the “spirit world.”  Air Chief Marshal Sir Hugh Dowding,who commanded the British Royal Air Force’s Fighter Command during the Battle of Britain in 1940, made some equally thought provoking comments on the UFO issue: “More than ten thousand sightings have been reported, the majority of which cannot be accounted for by any ‘scientific’ explanation, e.g. that they are hallucinations, the effects of light refraction, meteors, wheels falling from airplanes, and the like.”  Commenting on the matter of evidence for the presence of a real UFO phenomenon, and offering his own theories on the nature of the phenomenon, Dowding added: “They have been tracked on radar screens and the observed speeds have been as great as 9,000 miles an hour. I am convinced that these objects do exist and that they are not manufactured by any nation on earth. I can therefore see no alternative to accepting the theory that they come from some extraterrestrial source.  “I think that we must resist the tendency to assume that they all come from the same planet, or that they are actuated by similar motives. It might be that the visitors from one planet wished to help us in our evolution from the basis of a higher level to which they had attained. Another planet might send an expedition to ascertain what have been these terrible explosions which they have observed, and to prevent us from discommoding other people beside ourselves by the new toys with which we are so light-heartedly playing.” He concluded: “Other visitors might have come bent solely on scientific discovery and might regard us with the dispassionate aloofness with which we might regard insects found beneath an upturned stone.” Of course, at the end of the day, opinions and theories are simply that – opinions and theories – no matter who offers them. Nevertheless, as all the above demonstrates, if you have a personal interest in UFOs, and wish to make a public comment or several on the subject, you will be in very good company!  NOTE: The above image is a rendering.

THANKS TO MYSTERIOUS UNIVERSE.