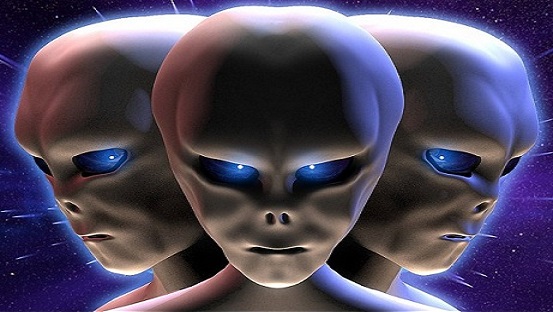 I don’t know how many times we’ve tried to speak. I want to tell you about my incidents.  I believe it all started 9 years ago. At least what I remember. I was pregnant with my daughter and was awakened in the a.m by a huge light blue orb the size of one of those balls used at the gym for Pilates. I smiled and went back to sleep. I was at peace and didn’t make much of it because my family said it was my departed grandmother visiting me. My nephew seen this orb a lot also growing up. He was 4 at the time.   My second incident happened coming back from dinner with my daughter and her dad. He was ranting that the day before how he saw a weird green ominous light above his mothers house. This was February 2010 around 4pm. It was coming down my street as soon as we get in front of my house he starts yelling “See that’s the weird type of sh** I’m talking about” as he pointed towards the bay.  I looked up startled from his voice to my amazement there was 7 fireballs in a boomerang formation above the bay. They were silent. In shock I reached for my blackberry to take a snapshot and my camera was not working. I ran out of the car to grab my sisters and my daughter started screaming “Mommy they disappeared and then came back” they seemed to be putting on a show. They strobed, disappeared and reappeared. Then finally disappeared once we heard a jet coming from behind us.  Last May came as a shock to me. I would have never thought they would have came back to the same location nonetheless stay for as long as they did. Coming back from visiting my sister in Philadelphia we witnessed a fireball above the expressway. My older sister and her sons faces became paralyzed as my daughter screamed “Mom their back!” We were so shook up that we had to stop at the nearest Wawa to get ourselves together. We called my sister in Philly and told her what we witnessed and her being a doctor said we were crazy. Boy no we weren’t. That sighting opened a Pandora’s box.   The next night at 9 pm, I was on my laptop doing some work on my dining room table when I heard very loud helicopters followed by my sister yelling “Oh Sh**  “Fanny those 2 helicopters almost collided trying to get down to the bay” I looked at her and said “They’re back”. I walked in front of my house and by then the kids ran out and guess what? They were back! This time they looked as if they were dancing in the sky about 6 or more fireballs that went from bright orange red to smaller white dots then back again. They stayed there for about 15 min. The helicopters stayed far from them.  Next night. My sister almost gives me a heart attack bursting into my room around 4 am. “Are you here Fanny?” I tell her where the hell else would I be. My sister was abducted that night.

Julie’s Abduction: I was in a silver sterilized room laying on a flat metallic examination bed. I looked to my left to see Stephannie on another bed. We were wearing white and were restrained. I noticed a couple short beings around the tables. Then I started to panic cause I realized I wasn’t in my room. Then a tall tannish being came in and I was calm. He started speaking to me telepathically. I asked him what were they doing? He said he was checking our DNA cause everyone on earth has alien DNA from different species. He claimed he was From Siruis. He said he had they have done this before to us. Then I started to panic again. I woke up in my bed catching the tail end of a room full of orbs.  Next night I’m awakened by my daughter banging at my mothers door down the hall looking for me screaming where’s my mommy. I never left the house and I always fall asleep with the TV on. No explanation for that one. Next morning she said I wasn’t there and the bed was flat just my quilt and pillow. Our sightings lasted for about a month. On 4th of July while watching the show down the bay we turned around and my nephew and daughter pointed out what looked to be a moving star. My neighbor said Oh that’s just a plane. And my nephew and I locked eyes and smiled cause we new exactly what it was. None the less it was less then a mile off the ground and it was hovering in one spot. Solid white. Since we noticed that fireball while coming back from Philly our sightings were almost daily for about a month and 2 weeks. NOTE: The top photo is a rendering.

Special thanks to the witness S. L. for this amazing report.