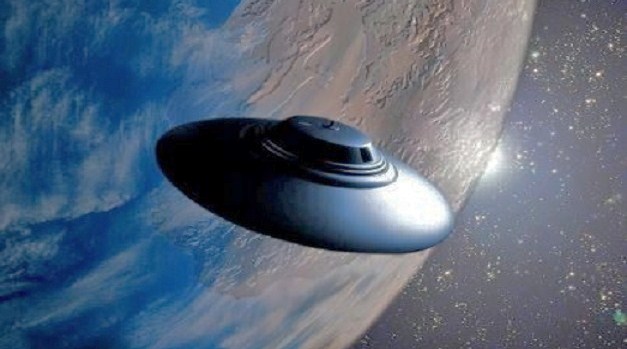 In June 1965, astronauts Ed White (first American to walk in space) and James McDivitt were passing over Hawaii in a Gemini spacecraft when they saw a weird-looking metallic object. The UFO had long arms sticking out of it. McDivitt took pictures with a cine-camera. Those pictures have never been released.

In December 1965, Gemini astronauts James Lovell and Frank Borman also saw a UFO during their second orbit of their record-breaking 14 day flight. Borman reported that he saw an unidentified spacecraft some distance from their capsule. Gemini Control, at Cape Kennedy told him that he was seeing the final stage of their own Titan booster rocket. Borman confirmed that he could see the booster rocket all right, but that he could also see something completely different. During James Lovell’s flight on Gemini 7:

According to the NASA Astronaut Neil Armstrong the Aliens have a base on the Moon and told us in no uncertain terms to get off and stay off the Moon. According to hitherto un-confirmed reports, both Neil Armstrong and Edwin “Buzz” Aldrin saw UFOs shortly after that historic landing on the Moon in Apollo 11 on 21 July 1969. I remember hearing one of the astronauts refer to a “light” in or on a crater during the television transmission, followed by a request from mission control for further information. Nothing more was heard.

According to a former NASA employee Otto Binder, unnamed radio hams with their own VHF receiving facilities that bypassed NASA’s broadcasting outlets picked up the following exchange:

A certain professor, who wished to remain anonymous, was engaged in a discussion with Neil Armstrong during a NASA symposium.

According to a Dr. Vladimir Azhazha:

“Neil Armstrong relayed the message to Mission Control that two large, mysterious objects were watching them after having landed near the moon module. But this message was never heard by the public — because NASA censored it.”

According to a Dr. Aleksandr Kasantsev, Buzz Aldrin took color movie film of the UFOs from inside the module, and continued filming them after he and Armstrong went outside.

Armstrong confirmed that the story was true but refused to go into further detail, beyond admitting that the CIA was behind the cover-up.  NOTE: The above image is a rendering.

3 thoughts on “AMAZING ALIEN CRAFT SIGHTINGS BY OUR ASTRONAUTS”