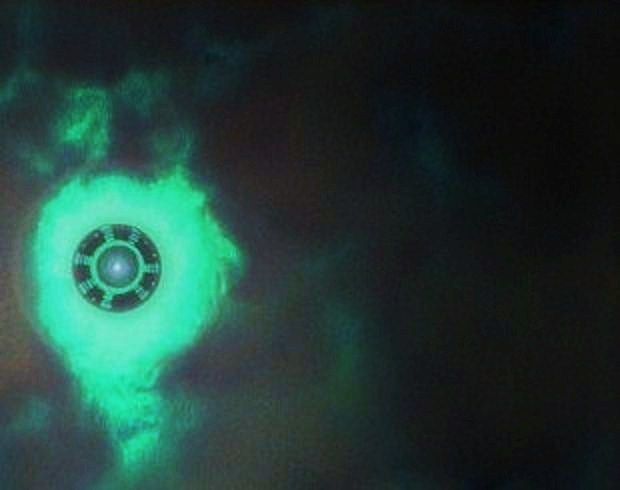 CLOSE ENCOUNTER IN TURNERSVILLE NEW JERSEY AND OVER INDIA

Glowing neon green orb approx the size of a basketball whizzes by side of my house at a high rate of speed. I’m sitting in my chair watching TV when the power goes out in the room I’m sitting in. The light in the kitchen also went off. Electrical failure happens an instant before the green orb passes by and lasts for approximately 10 – 15 seconds thereafter. Light whooshing sound is heard. Outside inspection of the entire home perimeter 10 minutes later reveals no disturbances in the snow. Visibility is very good because of relective quality of the snow. Lighting equivalent to twilight. Power lines are connected on the side of the house where orb was detected. All electrical power wires are in there proper place and still connected. Nothing seems out of the ordinary.  Oddly enough, back inside it seems that only the one side of the house where the orb passed by experienced electrical disturbance. Computer upstairs on the other side of the house is as I left it and shows no signs of having rebooted. Alarm clock is not flashing.  If anyone else had a similiar exp. here please report it.  NOTE: The above image is a rendering. This case was investigated by Ken Pfeifer of MUFON New Jersey and the case was classified as ”unknown”.

According to media reports A glowing round object making a speedy descent near the West Bengal-Bihar border early on January 26 left pilots of five aircraft baffled, triggering widespread speculation about UFO.  The first person to sight the object was a senior Air India pilot who was navigating the aircraft at a height of 34,000 ft during its flight from Kolkata to New Delhi.  “The plane was just entering the airspace of Gaya, close to Bengal-Bihar border, when I first noticed the glowing object, below the aircraft, hurtling down at a very high speed,” Captain Rishi was quoted as saying by the Air Traffic Control (ATC) Tower here at Dum Dum International Airport.  The Air India pilot initially didn’t pay much attention as it is customary for the pilots to notice several such things midair. But when the aircraft was close to Varanasi, the object was still brightly visible.  Without wasting time, he informed the Varanasi Air Traffic Control from where ATC, Kolkata, was alerted.  The officials at ATC pondered over whether pilots of other international flights that might have crossed the Kolkata-Bihar-Varanasi route, had also observed the glowing object reported by Capt Rishi.  Accordingly, the ATC, Kolkata, beamed asking signals for other international flights that flew the same airspace during the period concerned.  To their utter surprise, the air traffic control officials were told by as many as four foreign airlines flight pilots that they had seen the same object and all of them reiterated that it was falling down at a great speed!  FinAir of Finland and Novou Air of Sweden were flying from the West to East while a couple of flights of Cathay Pacific and Dynasty Airways of China were moving in the opposite direction at an altitude between 34,000 and 37,000 ft over the airspace supposed to be in the trajectory of the object.  Once the foreign airlines pilots radioed back the ATC tower here, confirming their sighting of the object, ATC engineers immediately got in touch with the Indian Air Force. However, the IAF engineers pointed out that their powerful radar had failed to track or notice any unusual object. NOTE: The above image is a rendering.