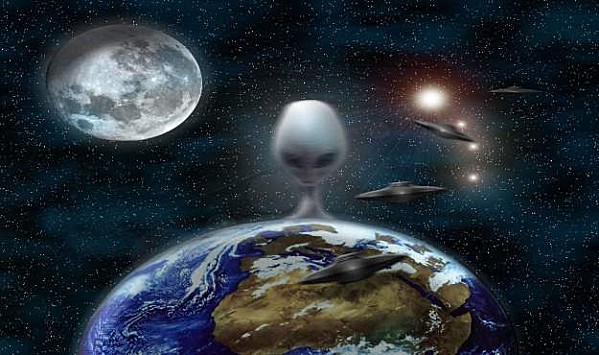 HUSBAND AND WIFE ABDUCTED BY ALIENS IN TEXAS

A husband and wife in Houston, Texas, claim they have been abducted by aliens several times, including an incident where a fetus was taken from the woman, according to a Local 6 News report.  He was a child in a Houston park the first time he was abducted. He said he was lifted in the air at the time of the alleged abduction.  “I remember just floating up higher and higher, the witness said. “And, all that was around were stars and blackness. And then, I blacked out.”  She lost a baby during one of the encounters. She also drew a photo of the aliens who abducted her.  Local 6 News showed video of a hypnotist trying to retrieve memories of the abduction.  “They’re touching me — quit touching me,” He screamed in fear during the session.  A Harvard psychiatrist, decided to do research on people’s abduction claims similar to this one.  The psychiatrist ran an advertisement searching for people who wanted to be included in a book about alien abductions.  “When I ran the first ad looking for people who thought they had been abducted by aliens, I thought we would get very few calls, but we were inundated with calls for a month after we ran one ad. ” The psychiatrist said said that he is not a believer of alien abductions. “So, people have symptoms like psychological distress, anxiety, sexual problems, nightmares, and for better or for worse, today, being abducted by aliens is a culturally available explanation for why you might have some of these symptoms,” the psychiatrist  said.  The Abductee told a reporter that they expect to be abducted again in the future.  KENS NOTE :  It seems the more educated you are, the more narrow minded you become. Simple as that. If it can’t be touched, seen, smelled or heard by scientist, apparently it does not exist.  Give me a break.   The above image is a rendering.

17 thoughts on “HUSBAND AND WIFE ABDUCTED BY ALIENS IN TEXAS”