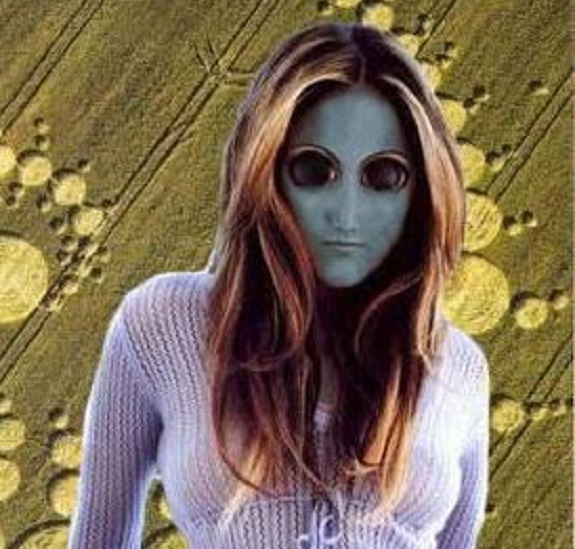 I was visiting NY all Winter 2006 but before I had the opportunity to visit a friend in Orlando.  The house where I was doing some work in exchange of the mini apartment upper the garage was big and cold, I have some pics of the place I can send you later.  It was  one night during a painful menstrual period that didn’t allow me to sleep, I feel very sad because it happened that I was thinking of my daughter, at that time I felt I wanted to come back to Peru because I didn’t like the snow and the cold weather, so at around 2:20am I saw a potent  illumination  outside the window but it was so bright that look white, the trees look white but actually that intense light kind of move the leaves as if there was some wind some sort.  At that point the first thing I wanted to do is see what was going on because it was winter in a wooded area where you can even see the moon, and the window blinds were shut in between just in case I can have some light because I am not used to sleep with not lights, I always keep the bathroom light on. Well, when I noticed this was not just an illumination but there were two balls or spheres kind of white and glowing with some blue moving from left to right from the point I was seeing them, I could hear a sound that I cannot express but it was not metallic sound, it was very soft like when you use your breath to clean your glasses, something like that, I don’t have the name in English.

Then one ball follow the other up and left and after that the blinds opened one by one as if two fingers where opening to see me, and I realized I couldn’t move at all or scream.  When I saw something like a vapor coming thought the close window that terrified me and noticed a formation of a woman with big eyes in front of me but I had no choice to refuse to look, otherwise I would have been taken, so the only thing I did was tell this being I do not want to go and that I couldn’t have children any more because I had three miscarriages before and for some reason I don’t understand is that I supposed they wanted something from me.  Do not remember more up to the point the balls disappeared in front of my eyes like when you turn off the lighter or flash light.  I recovered movement after that and next day was still frightened and for several weeks after I couldn’t sleep thinking they were coming back. Since that happened, I have seen UFOs flying close as if they show to me and it happened last Summer by the Mohawk River, the UFO got in a cloud then went out again, and when I was waiting to see it again it didn’t come out again but it looks they play or know I am watching.  The other UFO flew like a bird from side to side and the top was silver like color and the bottom black and flew faster than an airplane and was 6:30pm on a cloudy Summer day.  When I look up the sky I saw them all the time because I observe the stars specially during Summer, but my husband do not believe it and even seeing it think that the stars can fly, hahaha. I was thinking about a regression to corroborate they didn’t do anything against my will.  There is another thing I can share with you is that when I was a little girl I was kind of indigo child, very intuitive and I can remember a lot of things since I was a baby and the things I saw.  When I was 9 years old I had a car accident and I was sent back because you don’t recover from that type of accident, so everybody thought I was dead, but when I woke up myself everybody  were scare of me and didn’t want to touch me, that happened years ago, now I am 47.  You tell me what you think, what kind of beings are these? have you heard about these encounters?  NOTE: The above images are renderings.

SPECIAL THANKS TO THE WITNESS   A. L.