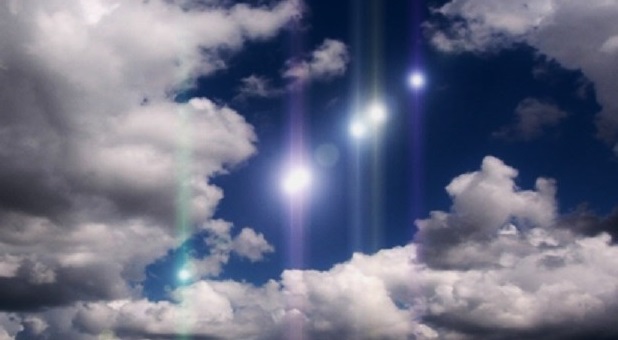 Jan C. Harzan comments:  I received a call recently from a retired TWA pilot who urgently needed to speak with me. He introduced himself as a commercial airline pilot with 48 years of flying experience who had had two incredible sightings during his career as a pilot that he now felt comfortable talking about since he was retired, but that was not what prompted him to call, it was a more intriguing story that I will share with you in just a minute.  He started off by sharing a report of being the co-pilot on a TWA flight from Saint Louis to San Francisco; the flight had been delayed several hours due to mechanical problems, but finally got off the ground late in the evening heading west.  As the flight approached the state of Nevada, Air Traffic Control (ATC) broke the silence stating that traffic was in the area and requested they make an immediate 90 degree turn to the north and wait further instructions, an odd request at nearly 1 am and 36,000 feet.  Usually little or no air traffic existed at this hour of the morning, especially at this altitude. They immediately followed the instructions given by ATC.  As they were heading north he happened to look down and see what appeared to be an ILS turn on, on the dark desert surface below. For those who are not familiar, an ILS is an Instrument Landing System.  This ILS was different though, it was a 3-dimensional hologram, something he had never seen before as an airline pilot. It was also blue with violet light crossing at 90 degree angles.  The next thing he noticed was that in the upper right hand corner of their cockpit windshield there appeared to be maybe 20-30 firefly type lights flitting around way up high in the sky; they then began making hard right angle turns and shot one after the other down the holographic ILS until every one of them was on the ground.  Then the ILS turned off and it was pitch black again on the ground. He turned to the pilot and asked, “Did we just see that?”  The pilot looked at him and answered, “No sir, we did not.”  ATC then came back on the radio and said that they were now clear of any traffic and gave them a new course heading to San Francisco. The exact location of where the holographic ILS opened up and the lights in the sky made hard right angle turns to land was Area 51 he told me. The year was 1988. 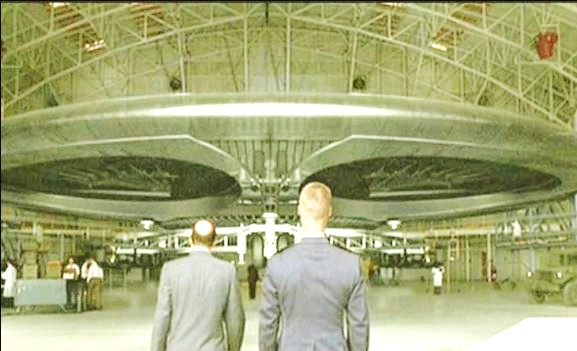 His second story was even more bizarre and corroborates stories that have been circulating for a number of years in the UFO field. It was around the spring of 1960.  He was camping with his uncle and his uncle’s friend in the western Sierras. It was nighttime and as he looked up at the night sky the Milky Way looked so close he could almost touch it. As he was looking up he said out loud, “I wonder if we will see a flying saucer tonight?”  His uncle’s friend who we’ll call Frank, said to him, “Oh, do you believe in flying saucers?”  His reply was short, “Why of course, it would be silly to think that we are all alone with all that we can see that is out there.”  Frank then said, “Well then, I’ll tell you a story but if you ever tell anyone I told you, I’ll have to deny it.” He then went on to recount how in 1954 while working as a contractor at Edwards Air Force base that one day there was a lot of commotion and a car pulled up and President Eisenhower stepped out of it.  He asked one of the MPs standing nearby “What is the President doing at Edwards AFB?” The MP replied, “He’s here to meet with beings from another world.”  At this point he noticed several congressmen get out of the car, and a representative from the Archdiocese of Los Angeles and they proceeded to go into a building on the base that was heavily guarded by MPs.  Later that day after the cars had left and the commotion had died down Frank asked his MP friend “So what happened?”  Frank was told that the beings told the President that we were destroying the planet and needed to stop immediately (remember this was 1954 and the USA had been setting off Atomic Bombs in the Southwest deserts of the US with some regularity while doing nuclear weapons testing).  They told the President that if the United States would take responsibility to be the caretaker of the planet they would be willing to share their technology with us.  Our witness thought Frank was kidding him when he told him this story, and never gave it much thought until just recently when he saw a story on TV about the Eisenhower meeting and thought to himself “Holy Cow, Frank WAS telling me the TRUTH! And this was in 1960!”  Now my reason for sharing these two stories with you is not to get you to believe that Area 51 exists, or that the Eisenhower meeting with beings from another world was real, but to tell you that the power of MUFON is that people TRUST MUFON as the place to go to share their UFO sighting reports and more.  This trust is earned each and every day by the outstanding work our Field Investigators do in chasing down the facts on each and every case, including the ones just shared above.  I know that there are more of these incredible stories out there with people just dying to tell us if we are only willing to listen, and I look forward to sharing them with you in the months and years ahead.  NOTE: The above image is a rendering.  Read the rest of the story here > http://exopolitics.org/Study-Paper-8.htm

SPECIAL THANKS TO JAN C. HARZAN