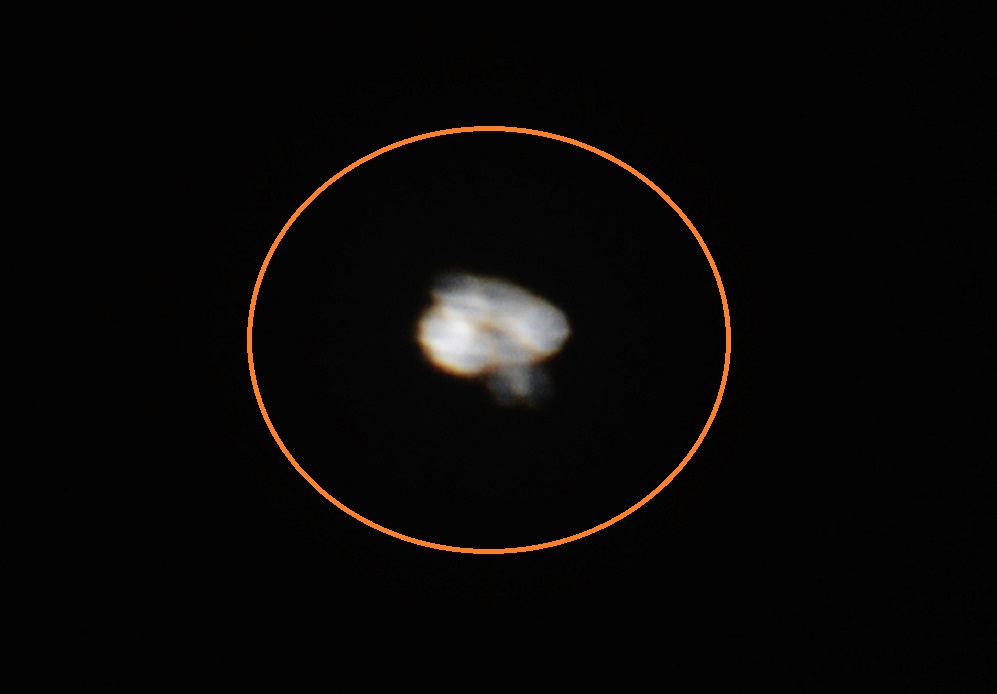 PHOTO OF A  CLOSE ENCOUNTER IN ELLICOTT CITY MARYLAND

I was awakened at 2:38 a.m on 3/12/14 by a sound like my cellphone ring but it was only five notes. I opened my eyes and there was an image, about 2’x3′ on the wall in front of me. It was obviously bamboo trunks and leaves. The image faded to black in about 3 seconds. This has happened before with other images, like forest scenes. These wake-up calls are usually accompanied by craft being sited outside my window. This time my blinds were open. I rolled over and there was a very large star-like object (as big or larger than Venus or Jupiter.) Every amateur astronomer with even a 70 power scope knows how fast the moon and stars are moving up there. You have to keep adjusting your telescope constantly or the object drifts right out of our field of view in a few seconds. Knowing this, I positioned my view so that the bright object was against the window frame and waited. The object did not move for 10 minutes. After that, the angle started to increase from 45º to about 50º which was the opposite direction from the moon (which was visible and which decreased its angle during the time the bright object was both stationary and moving in a retrograde motion from Earth’s rotation.) I determined then to get my Nikon D7100 camera and do a telephoto long exposure shot, sort of thinking aloud, “If you don’t want me to photograph you, you can leave before I get back with the camera.” It did not leave. I held the camera against the glass and window frame and took the shot. The camera automatically did a 2 or 3 second exposure. I will attempt to upload the full resolution photo. It appears to have captured some detail, not just a sparkle as would be the case with Venus or Jupiter since I only have a 200mm optical telephoto zoom on the camera. I have had more than 20 sightings since the first during the Phoenix lights flap. This is the first time I have ever attempted to take a picture of any of them.

1 thought on “PHOTO OF A CLOSE ENCOUNTER IN ELLICOTT MARYLAND”